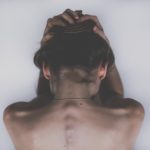 (NaturalHealth365)  Conventionally speaking, the migraine headache is still a ‘mystery’ in many ways.  Doctors will tell you that the exact cause is largely unknown, and migraine pain can be difficult to treat and prevent with pharmaceutical interventions.  However, a 2018 study has found the supplement coenzyme Q10, in short CoQ10, can significantly reduce the severity, frequency and duration of migraine headaches.

The study focused on premenopausal women prone to migraines. Each received either 400 mg of CoQ10 daily or a placebo. After the three month study period, the subjects taking CoQ10 were found to have significantly fewer migraine attacks than those taking the placebo.

First, it should be noted that when the women taking CoQ10 already had a migraine, the pain ended up being much shorter and less severe than when they weren’t taking it.

The researchers believe two specific mechanisms create these benefits.  One is the reduction of inflammation. The well-known inflammation marker TNF-alpha was found to be much lower in the subjects taking CoQ10.

Keep in mind, inflammation is a major factor in the onset of migraine headaches.

The second mechanism at play is the lowering of the CGRP peptide, a key mediator in pain signaling within the nervous system. CoQ10 reduces this mechanism along with the resultant pain. Previous studies of migraine sufferers have shown elevated CGRP levels in the bloodstream during migraine episodes.

Migraine headaches have been linked to a CoQ10 deficiency

Remember, conventionally-trained physicians would have us believe that migraine associated pain is ‘difficult to treat.’  And, we all know, medications don’t really work consistently with all patients, and they are not effective in preventing or treating all migraine types.

In truth, many pain medications also have undesirable side effects and can lead to addiction.

The main factors in migraines is increased sensitivity in the brain as well as inflammation.  The release of CGRP causes blood vessel dilation and is a major factor in the onset of a migraine.

The study results show CoQ10 works by blocking and thereby lowering levels of this peptide.

Other research has determined that about one-third of persons prone to migraines are deficient in CoQ10.  Restoring levels to the normal range is associated with relief in both the severity and frequency of migraine headaches.

No matter what the trigger: CoQ10 can bring migraine relief

Migraine triggers and causes can differ widely for each sufferer, but being prone to them often runs in families. However, some of the most common triggers include flashing or bright lights, loud noises, weather/temperature changes, and certain foods such as dairy products.

The ubiquinone form of CoQ10 was used for the study. This variety leads to much higher CoQ10 blood levels. CoQ10 can also be absorbed more efficiently when taken with a meal containing fat as opposed to on an empty stomach.

Persons suffering from migraines can find relief by taking 150 to 300 mg of CoQ10 daily. There are no unpleasant side effects, unlike with many traditional pain killers.  And, as an added bonus, taking CoQ10 has been linked to a reduced risk of dementia and heart problems.

Save your teeth: Discover natural ways to improve gum health

(NaturalHealth365)  Naturally, everybody wants healthy teeth and gums – especially when you END_OF_DOCUMENT_TOKEN_TO_BE_REPLACED

The vitamin deficiency that could kill you within 13 years

(NaturalHealth365) Over five million Americans are currently living with Alzheimer’s disease. While END_OF_DOCUMENT_TOKEN_TO_BE_REPLACED