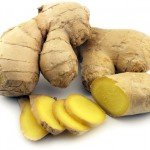 (NaturalHealth365) Ginger is a wonderfully flavored spice that is prevalent in Asian and Indian cooking. It is also used in sweets as well as brewed in teas and other beverages. Ginger has been revered in many cultures for its medicinal properties, as it can help to relieve nausea, digestive issues and pain. Ginger is in the same family as turmeric and cardamom.

However, exciting recent research has shown that ginger has properties showing it can help prevent cancer. In fact, this sweet spice seems to cause harmful cancer cells to extinguish themselves.

Ginger found effective against a wide range of cancer types

Numerous studies are confirming that ginger extract has anti-metastatic properties that inhibit many types of cancer, including breast, colon, rectal, liver, lung, prostate, pancreatic, and melanoma.

The anticancer properties of ginger have been found to activate molecular mechanisms that cause cell apoptosis (cell suicide) in cancer cells by activating a pro-apoptosis gene. Compounds within ginger also down-regulate the genes and proteins associated with cancer while increasing cancer inhibitors.

Strong potential to replace chemotherapy and radiation as cancer treatments

A study by the Biological Sciences Department of King Abdulaziz University in Saudi Arabia found ginger extract inhibited the growth of breast cancer cells while preserving normal cells. This process is known as selective cytotoxiciy, has no side effects like chemotherapy and radiation, and has the potential to replace these drugs.

A University of Minnesota study from Hormel institute also confirms ginger can help prevent cancer. Researchers fed mice with colorectal cancer and no immune system gingerol three times a week. Mice that received the gingerol had more than 75 percent fewer tumors and smaller tumor sizes than mice not receiving the ginger treatment.

Another study by Dr. Rebecca Lui and the University of Michigan presented at the 97th Annual American Association for Cancer meeting showed gingerols caused ovarian cancer cells to commit suicide.

Cancer cells die in the presence of ginger

A Georgia State University study showed that ginger extract helped shrink prostate tumors by over 55 percent in mice with prostate cancer. Around 20 other studies show similar conclusions regarding the anticancer properties of ginger. In short, ginger seems to prevent cancer by causing cancer cells to commit suicide.

Ginger also effectively reduces inflammation – a known breeding environment for cancer cells – and helps to supply health-supporting antioxidants within the body. Ginger has antiviral and antimicrobial properties and is highly concentrated, which means only small amounts are needed to reap healing benefits.

Potentially one of the most potent and effective natural cancer cures

Ginger root can be eaten fresh, dried, powdered, or in oil or juice form. This fragrant spice is produced most widely in India, Indonesia, Fiji, Australia and Jamaica, but it is widely available around the world.

The cancer fighting properties of ginger are clear and profound, which means that soon the profits-driven pharmaceutical companies are likely to try and wage a propaganda campaign against it. Don’t fall for it. Ginger just could be one of the most potent natural cancer cures ever discovered.

(NaturalHealth365)  I’ll begin this article by stating the obvious: I am not END_OF_DOCUMENT_TOKEN_TO_BE_REPLACED

(NaturalHealth365) Each year, an alarming 56,000 people require treatment in the ER END_OF_DOCUMENT_TOKEN_TO_BE_REPLACED

Discover the cancer-fighting benefits of pomegranates

(NaturalHealth365)  The pomegranate has come a long way.  Once best known as END_OF_DOCUMENT_TOKEN_TO_BE_REPLACED

(NaturalHealth365) For almost three decades, forward-thinking scientists have been investigating the potential END_OF_DOCUMENT_TOKEN_TO_BE_REPLACED