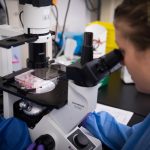 (NaturalHealth365) Glutathione, also known as the body’s “master antioxidant,” is so closely tied to health and survival that scientists can predict longevity – or lack of it – merely by measuring levels in the body. Now, with a growing concern over the emerging coronavirus pandemic, a peer-reviewed scientific study highlighting the role of glutathione in overcoming viral diseases is an important discovery, to say the least!

Can glutathione really hold the key to preventing viral infection?  While more research remains to be done, scientists agree that glutathione can boost the immune system while reducing the oxidative damage and inflammation that accompanies influenza and other viral infections.

Glutathione performs a host of life-sustaining functions in the body.  By scavenging harmful free radicals, this versatile enzyme helps to reduce disease-causing and tissue-damaging oxidative stress.

In a randomized, double-blind study recently published in European Journal of Nutrition, researchers found that 1,000 mg of supplemental glutathione per day decreased oxidative stress by a very significant 17 percent.

In addition, research has shown that glutathione increases the production and activity of T-cells – which trigger the immune system to attack invaders – and of phagocytes and lymphocytes, which devour any foreign body or pathogen they may encounter.

Clearly, by boosting the production of these infection-fighting white blood cells, your immune system will get a boost in fighting dis-ease.

In other words: if a substance is in your body and it is harmful to your health, glutathione will soon be hot on its trail and ready to neutralize and hustle it away – with no questions asked.  And, finally, glutathione helps to repair cell DNA, thereby preventing cancer-causing mutations – while helping to recycle other important antioxidants such as vitamin C and vitamin E.

What happens when glutathione levels fall too low?  Many studies show that deficiencies can impair immune system function, increase vulnerability to pathogens, and lead to the cellular damage and oxidative stress that triggers disease.

For example, one peer-reviewed, published study showed that a deficiency raises the risk of heart attack by a substantial 30 percent.  A separate study demonstrated that patients with the hepatitis B virus had significantly lower levels of glutathione when compared to a healthy group of volunteers.

In fact, noted health practitioner and acupuncturist Dr. Mark Sircus asserts that low levels are associated with 74 different conditions and diseases.  Some physicians – including Dr. Mark Hyman, the Medical Director at the Cleveland Clinic’s Center for Functional Medicine – go even farther.

Study: Supplementation of a powerful antioxidant can inhibit viral production

In one intriguing study, researchers explored the impact of glutathione on the pathogenesis of dengue fever, a tropical viral disease.

In research published in Biochemical and Biophysicial Research Communications, scientists found that infection with dengue virus resulted in a decrease in intracellular glutathione – which in turn caused virus production to increase.

The team found that when levels were raised through supplementation, there was a decrease in production of the virus – while helping to regulate the immune response by inhibiting a process known as NF-kB activation.

These promising results come as no surprise to Dr. Sircus, who has long maintained that glutathione can protect against a variety of viruses, including herpes, influenza – and possibly the deadly Ebola virus as well.

Raise your levels of this “master antioxidant” with natural techniques

Unfortunately, a wide variety of factors can deplete precious stores of glutathione.  These issues include the use of pharmaceutical drugs, poor nutrition, exposure to environmental toxins, physical and emotional stress, infections, injuries and the normal process of aging.

Natural health experts say that the best way to replenish low glutathione levels may be to consume foods rich in the three glutathione “building blocks” – glutamine, glycine and cysteine.

Foods high in sulfur – including onions and garlic, as well as cruciferous vegetables like kale, broccoli and cabbage – are important for the production of cysteine, which is particularly vital for glutathione production.

Fruits and vegetables rich in vitamin C – such as strawberries, kiwi, camu camu and red peppers – and vitamin E, including almonds, spinach and sunflower seeds, can also help replenish the body’s stores of glutathione.  Naturally, all your food should be organic (chemical free) – as much as possible.

And, you can boost glutathione synthesis with natural supplements and nutrients – including milk thistle, alpha lipoic acid, the “sleep” hormone melatonin and the antioxidant mineral selenium.

If you do decide to try oral supplementation, liposomal glutathione is believed to be the most bioavailable formulation.  Of course, check first with your integrative doctor before adding any new supplements to your health routine.

In conclusion, with the coronavirus on the verge of being declared a worldwide pandemic, the news about how antioxidants can offer antiviral potential is both timely and important.

“Modern” farming practices linked to ALL forms of malnutrition

(NaturalHealth365) Destructive, inefficient, wasteful, cruel… there are as many adjective to describe END_OF_DOCUMENT_TOKEN_TO_BE_REPLACED

(NaturalHealth365) With weeks of “social distancing” now behind us, many of us END_OF_DOCUMENT_TOKEN_TO_BE_REPLACED

How dietary selenium protects against viral and bacterial infections

(NaturalHealth365) Time for the latest coronavirus update as of April 3, 2020: END_OF_DOCUMENT_TOKEN_TO_BE_REPLACED

9 supplements to boost your energy