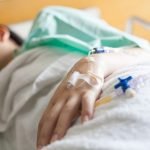 (NaturalHealth365) Drug-resistant infections claim close to 700,000 lives worldwide every year – a shocking figure. Yet experts say this is only the beginning. If the crisis is not addressed, the toll is expected to rise to over 10 million lives a year by 2050 – more than the lives annually lost to cancer.

Make no mistake – this is a serious health crisis.  A recently-released review from the UK highlights this escalating health threat – one which threatens to return modern medicine to the “Dark Ages.”

Costs associated with AMR could run into the trillions

The Review on Antimicrobial Resistance was commissioned by the Prime Minister of the UK in July 2014 in order to examine the global spread of antimicrobial resistance, and to explore actions that could be taken to address it. Chaired by macroeconomist Jim O’Neill, the review was funded by the UK Department of Health and the Wellcome Trust, and utilized two consultancy teams to perform detailed scenario analyses.

Completed in the summer of 2016, the review’s stark conclusions also included the prediction that the total worldwide cost of antimicrobial resistance could come with a staggering $100 trillion dollar price tag.

Discover a natural way to rejuvenate the immune system and neutralize the threat of superbugs, viruses and chronic diseases.  Register today for the Immune Defense Summit – which features 36 experts in integrative medicine and science.

Warning about infections: A ‘perfect storm’ of factors is creating microbial monsters – such as superbugs

Microbes are able to evolve and mutate in a way that eventually makes them able to resist the effects of drugs. In a dangerous irony, the microbes that are in the process of developing the ability to resist the drugs are the very same ones that will survive and proliferate – a phenomenon known as “selection pressure.”

Microbes have always had this ability, but the problem takes on new urgency due to one simple fact: the pace at which scientists discover new drugs has slowed dramatically, at a time when antibiotic use – and resistance to the drugs – has soared.

Researchers say that AMR is more dangerous than ever before due to the sheer variety of antimicrobials in use, and the frequency with which they are consumed – a byproduct of the relatively low cost of many generic drugs. This larger number and concentration of antimicrobials to which pathogens are exposed sharply increases the chances that resistance will develop.  And, with limited numbers of new antibiotics under development, modern medicine doesn’t have a “deep bench” when it comes to alternate drugs to outmaneuver AMR.

Dangerous drugs are being brought back from obscurity

Doctors are now being forced to use antibiotics they might once have avoided due to dangerous side effects. For example, colistin – which can cause kidney failure – had fallen out of common use. Over the past 10 years, however, colistin has been called out of virtual retirement as a last-resort treatment for gram-negative bacterial infections. Not surprisingly, colistin resistance is already emerging.

The Review authors note that antimicrobial resistance is spilling out of hospitals and clinics and into the wider community, and has already spawned “superbugs” such as MRSA, or methicillin-resistance staphylococcus aureus.

It’s no wonder that Dr. Margaret Chan, the Director General of the World Health Organization, has called antimicrobial resistance a “crisis” that must be managed with the “utmost urgency.”

Agricultural use of antibiotics makes major contributions to AMR

The review bluntly states that it is the unnecessary use and overuse of antimicrobials which allows AMR to spread. And, excessive antibiotics are consumed by both humans and animals. In fact, of the antibiotics defined as “medically important” for humans, over 70 percent of the volume, by weight, ends up being administered to animals.

Even more infuriatingly, much of the antibiotic use is aimed at promoting growth and preventing illnesses in livestock – not treating existing disease.

In addition to the dangerous situation created by excessive antibiotic use in humans and animals, antimicrobial resistance can be spread throughout the environment through sewage systems and run-off from farms – which becomes more significant given the fact that a stunning 70 to 90 percent of the antibiotics given to animals are excreted un-metabolized.

According to the Review, antibiotics that are vital to human health most be banned or severely restricted in animals, while new medications should be reserved as a last resort when other drugs have failed.

Register today for the Immune Defense Summit and discover the best ways to rejuvenate the immune system and neutralize the threat of superbugs, viruses and chronic diseases.

We must change the way antibiotics are prescribed

Here’s a shocker: out of 40 million people who are given antibiotics for respiratory infections yearly in the United States, 27 million are given to them unnecessarily.

Doctors who aren’t sure of exactly what type of pathogen is affecting a patient still must attempt to give treatment, and many choose broad-spectrum drugs, thereby increasing the odds of resistance developing.

According to the Review, this is a result of the shortage of low-cost, rapid diagnostic tests – causing many doctors to depend on empirical diagnosis in which they use experience, intuition and professional judgment to assess diseases and prescribe treatment.

The threat of AMR must be addressed globally

The real implications of soaring antimicrobial resistance, the Review predicted, would be felt worldwide, with routine surgeries and minor infections becoming life-threatening – and essentially wiping out the medical advances of the last 50 years.

A secondary effect of antibiotics losing their effectiveness would be the risk of serious infection that would become inherent in such procedures as hip replacements, C-sections, chemotherapy and abdominal surgery.

Noting that the increasing ease of international travel allows AMR a chance to spread to many countries – even those that are currently controlling their antibiotic use – the Review concluded that the world must act in concert to address the threat.

The authors of the Review also advised staging public awareness programs – in which patients are discouraged from demanding antibiotics from doctors – improving sanitation and hygiene, reducing unnecessary antimicrobial use in agriculture, and reducing agricultural pollution.  In addition, they called for more rapid diagnosis of disease, and advised using market entry rewards and a global innovation fund to stimulate the development of new drugs.

Of course, the use of natural means to fight disease seems an obvious solution. Alternative means of combating infections currently under development include phage therapy, probiotics, enzymes that attack bacteria, peptides and immune stimulation.

Antimicrobial resistance is a threat that must be contained – or the consequences will be dire. As David Cameron, former Prime minister of the UK, puts it: “If we fail to act, we are looking at an almost unthinkable scenario where antibiotics no longer work and we are cast back into the dark ages of medicine.”

(NaturalHealth365)  If you avoided the jab – or at this point, the END_OF_DOCUMENT_TOKEN_TO_BE_REPLACED

(NaturalHealth365)  Has the world moved one step closer to the “Great Reset?” END_OF_DOCUMENT_TOKEN_TO_BE_REPLACED