Scientific proof: You can prevent cancer with vitamin C 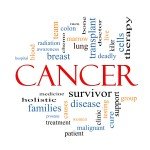 (NaturalHealth365) Those in the medical community who have dismissed natural approaches to prevent cancer would have us believe it’s just ‘wishful thinking.’  Yet, many people are becoming increasingly aware of the growing avalanche of scientific evidence supporting the anticancer benefits of vitamin C.

Widely recognized as a powerful antioxidant, vitamin C has been the subject of nearly 6,000 scientific studies, published in PubMed, examining its role in cancer prevention or therapy, although for the most part, the medical community continues to rely almost entirely on invasive and dangerous treatments, such as radiation, surgery and chemotherapy.

How to prevent cancer naturally: Why does Western medicine ignore this simple truth

Despite the lack of recognition by most conventionally-trained physicians, study results show a significant link between vitamin C and cancer prevention and treatment.  Evidence is particularly strong for cancers of the oral cavity, stomach and pancreas, but there is also strong indication that vitamin C supplementation and vitamin C rich foods can protect against and treat cervical, rectal, breast and even lung cancers.

Attempting to prove his theory that mega doses of vitamin C could be used to treat cancer, the Nobel Prize-winning chemist Linus Pauling was the first to devise an experiment examining the effects of vitamin C supplementation on cancer patients.

To this day, most of Western medicine ignores the work of Linus Pauling.

Vitamin C can improve the survival rate of cancer patients

By 1978, all the patients in the control group had died. But 13 of the patients taking the vitamin C had survived, with 12 showing no further signs of cancer.

From a statistical standpoint, the group receiving vitamin C had a survival rate that was five times better than that of the control group. Of course, the big pharma controlled media will never report on these findings.

As expected, Dr. Pauling’s results were not widely accepted by the medical community as scientific proof that vitamin C could impact the progression of cancer. That was likely due in large part to the fact that he was a chemist and not a medical doctor, and therefore, his opinion on a medical matter was not as widely respected.

In the years that followed, studies and research by physicians around the world added to the growing evidence that vitamin C can play a significant role in extending the life of cancer patients. Many studies have concluded that high doses, above 5,000 mg daily, are most effective to prevent cancer.

Dr. Gladys Block, who is also a former member of the National Cancer Institute, in particular has published a number of reviews of the many studies connecting vitamin C with cancer prevention. She has found significant evidence that consumption of fruits and vegetables, particularly those high in vitamin C, can play a role in reducing the risk of cancer. In addition, low consumption of these foods likely increases the risk.

Dr. Ronald Hunninghake is an internationally recognized expert on vitamin C.  Dr. Hunninghake has personally supervised well over 60,000 intravenous (IV) vitamin C administrations and has said this about vitamin C and cancer:

A team of researchers, from the University of Kansas, tested the effects of vitamin C given in high doses intravenously on a group of human subjects and found that it effectively eradicates cancer cells while leaving healthy cells intact.

While no therapy can give a “100% guarantee,” in terms of cancer prevention, it would seem logical to fully investigate the health benefits of any substance that improves immune function, reduces cellular inflammation and protects the body from free radical damage.

(NaturalHealth365) Sepsis, a body-wide bacterial infection, is a dangerous condition that can END_OF_DOCUMENT_TOKEN_TO_BE_REPLACED