Doctor discovers septic patients have scurvy – plus, a solution 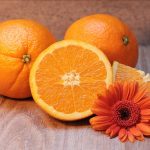 (NaturalHealth365) To understand the connection between sepsis and scurvy can be lifesaving for the 30 million plus people affected by this life-threatening organ dysfunction.

With a mortality rate surging as high as 60 percent, sepsis is the number one cause of death among hospitalized patients.  And, despite the efforts of scientists and physicians, this dangerous systemic infection continues to claim millions of lives per year – worldwide.

In fact, over 100 clinical trials over the past 30 years have failed to improve outcomes for sepsis patients.  But, in published research, Dr. Paul Marik – an ICU physician at Eastern Virginia Medical School – detailed how he used high-dosage vitamin C to save the lives of dozens of sepsis patients.

Dr. Marik bases his groundbreaking protocol on a simple premise: sepsis is really an acute form of vitamin C deficiency – a condition medically known as scurvy.  If you thought scurvy was a disease of bygone times, think again. (keep reading for important details.)

Sepsis and scurvy: Will Western medicine ever embrace this simple solution?

In a study published in Chest in June 2017, Dr. Marik compared the outcome of 47 sepsis patients treated with high-dosage vitamin C with that of a control group of the same size.  Dr. Marik’s treatment group received 1,500 mg of Vitamin C given intravenously every 6 hours, along with thiamine and hydrocortisone. The control group received standard treatment.

The results were nothing short of astounding.

Only four (8.5 percent) of the treatment patients died, as opposed to 19 (40 percent) in the control group!

Dr. Marik reported that none of the patients in the treatment group developed organ failure (the usual cause of death in sepsis patients), and that the four patients who died succumbed to their underlying conditions – and not sepsis.

In addition, the treatment group patients were able to be weaned off vasopressors (blood pressure-supporting medications) within 24 hours of beginning the protocol.

Dr. Marik reports that he began using the protocol after reviewing existing literature on the use of vitamin C in patients with sepsis. When he administered the treatment to a 48-year-old woman dying of septic shock, he was astonished to see that the patient improved “strikingly” overnight – and proceeded to make a full recovery.

“Doctor, your septic patients have scurvy!”

Due to a long-ago genetic mutation, humans lack the ability to make their own vitamin C – and must obtain it through diet or supplementation.  And, deficiencies can have catastrophic effects.

In fact, a number of trailblazing physicians and researchers – among them Linus Pauling, Thomas E. Levy, MD, JD and Dr. Mathias Rath – have reported that vitamin C deficiency is the engine that drives atherosclerosis and heart disease.

In a paper published in the medical journal Critical Care – which he titled “Doctor, your septic patients have scurvy!” – Dr. Marik noted that 40 percent of septic shock patients have vitamin C serum levels under 11.3 u/mol/l, the medical threshold for scurvy.

And, the other 60 percent of sepsis patients are likely to have levels that are seriously insufficient (under 23 u/mol).  In addition, half of all ICU patients – whether they have sepsis or not – have been found to have shortfalls in vitamin C.

The upshot is clear: low vitamin C levels are inextricably linked with sepsis – and are more common, and more severe, than previously thought.

Warning: Illness and injury can deplete the body’s stores of essential vitamin C

Because this amazing nutrient works so hard to battle disease and restore health, the body requires dramatically increased amounts of vitamin C in times of illness.  Specifically, vitamin C limits the harm from sepsis by strongly reducing the pro-inflammatory response and preventing coagulation abnormalities.

Tragically, vitamin C deficiency leads to dysfunction in the very biochemical pathways that make it possible to survive sepsis – illustrating the crucial importance of adequate levels.

Unfortunately (but not particularly surprisingly), Dr. Marik’s work has been met with criticism and hostility by conventionally-trained physicians and “sepsis experts.”  In fact, many in the Western medical community believe high-dose vitamin C to be not only ineffective in preventing and treating disease – but toxic and potentially damaging to the kidneys.

“Clinicians have very little understanding of the role of vitamin C in health and disease,” asserts Dr. Marik.  He points out that many now-accepted medical facts (such as the fact that stomach ulcers are primarily caused by the H. pylori bacteria) were at first considered ludicrous.

Dr. Marik reports that his protocol actually improved the patients’ kidney function – clearly disproving  the myth that vitamin C is toxic to the kidneys.

Update: At this moment, a large, randomized, multicenter study on vitamin C and sepsis is taking place across the United States.  As the positive findings continue to accumulate, high-dose vitamin C may finally be recognized as a non-toxic, inexpensive and effective treatment for the deadly disease of sepsis.

Important note: if you have a loved one dying of sepsis in an ICU, demand that Dr. Marik’s protocol be initiated – immediately.  Of course, the therapy is not meant to supplant or replace other established medical treatments, but is to be used in conjunction with them.

(NaturalHealth365) Are you feeling “frazzled?”  For many people, the seemingly endless stream END_OF_DOCUMENT_TOKEN_TO_BE_REPLACED

(NaturalHealth365) What exactly are these natural killer cells (NK cells)?  The name END_OF_DOCUMENT_TOKEN_TO_BE_REPLACED

(NaturalHealth365) Vision loss becomes a serious concern as you grow older, and END_OF_DOCUMENT_TOKEN_TO_BE_REPLACED