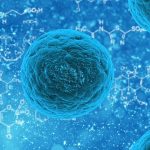 (NaturalHealth365) Titanium dioxide, a common food additive, has traditionally been viewed as an ‘inert and safe’ substance.  But the widespread use of E171 – titanium dioxide nanoparticles – has added a scary new wrinkle.

A recent, headline-making Australian study shows that E171 can affect the balance of gut bacteria – promoting inflammation and setting the stage for conditions such as inflammatory bowel disease (IBD) and colon cancer.

This is particularly disturbing news, as manufacturers use E171 abundantly as a whitening agent in processed foods, personal care products and medicines.  In fact, close to a thousand popular products – from powdered doughnuts to breath mints to sunscreen – contain E171.

These nanoparticles are capable of penetrating cells and interfering with cell mechanisms – and can even make it to cell nuclei – where they directly interfere with the structure and function of DNA.

E171 is, by far, the most common of the titanium dioxide-containing materials.  And, it’s a very persistent substance in the environment.

Research has shown that E171 can enter rivers and streams as treated effluent from wastewater treatment plants – a matter that raises concern from natural health experts and environmentalists.

By the way, the International Agency for Research on Cancer has already classified titanium dioxide as a possible carcinogen.  And, there’s more bad news about titanium dioxide nanoparticles.

According to a scholarly review published in 2012 in Environmental Science and Technology, titanium dioxide exposure from consumption of foods and medicines has been linked to Crohn’s disease.

Other diseases linked to exposure to nanoparticles include cancer, dementia, autoimmune conditions, eczema, asthma and autism.

Plus, here’s an infuriating fact:

While the use of titanium dioxide nanoparticles has soared over the last decade, only a limited number of products actually list them as ingredients.

In fact, the U.S. Food and Drug Administration (FDA) says that manufacturers can use up to 1 percent food-grade titanium dioxide – without declaring it on labels.

In an animal study conducted at the University of Sydney and published in Frontiers in Nutrition, researchers found that consumption of food containing E171 affects the trillions of bacteria that constitute the gut microbiome (the community of microbes which plays an indispensable role in immune health).

This interference, noted the team, could potentially set the stage for inflammation, cancer and intestinal disease.

“Gut flora community is a ‘gate-keeper’ of our health,” commented a study co-leader, “so any changes can impact overall health.”

Although E171 didn’t change the composition of the bacteria, it affected their activity, promoting the growth of harmful biofilms (layers of adhesive, difficult-to-dislodge bacteria).

The formation of biofilms has been reported in diseases such as colorectal cancer, noted study co-author Professor Laurence Macia, an immunologist and expert on the impact of gut microbiota on health.

Research has shown that the balance between “friendly” and pathogenic (disease-causing) bacteria can affect immunity, brain health and even emotional well-being.

And, let’s not forget, about 70 – 80 percent of the immune system is actually located in the gut.

In addition, the microbiome is vital in breaking down and absorbing nutrients from food, and also assists with the production of neurotransmitters, the brain’s “chemical messengers.”

Experts say that disturbances in the proper balance of gut bacteria – a state also known as dysbiosis – are associated with Parkinson’s disease, IBD, obesity, heart disease and diabetes.

Conversely, there is some evidence that regulating and balancing the microbiome can lead to improvements in mood and emotional state.  In fact, there is exciting news on that front, courtesy of just-published research in General Psychiatry.

After conducting a review of 21 studies involving over 1500 participants, the authors concluded that people who experience anxiety symptoms could be helped by regulating gut flora.

The team examined the use of both probiotic and non-probiotic methods – including foods, supplements and adjustments to daily diet – and concluded that regulating gut flora helped to regulate brain function.

Overall, over half the studies were found to show a positive effect on anxiety symptoms.

Interestingly, the non-probiotic methods of regulating gut flora were more successful than supplementation with probiotics. The team noted that dietary changes could have more of an effect on gut bacterial growth than introducing specific strains in a supplement – and called for more study.

Studies have shown that E171 may affect more than just the gut microbiome.  Titanium dioxide nanoparticles have been shown to have damaging effects on the survival and function of brain cells.

Specifically, nanoparticles were found to harm astrocyte cells, which regulate the neurotransmitters – such as serotonin and dopamine – needed for stable mood, proper digestion and restful sleep.

In one study, researchers found that astrocytes that were not killed outright were damaged in such a way that they became unable to absorb the neurotransmitter glutamate. This led to accumulation outside the cell – a phenomenon that has been implicated in both Alzheimer’s and Parkinson’s disease.

And, an animal study published in Cancer Research showed that titanium dioxide nanoparticles could cause breaks in chromosomes, oxidative damage to DNA, and inflammation.

Not only that – but researchers pointed out the harm occurred after only 5 days of administration of titanium dioxide in drinking water.

So, how do you avoid these ubiquitous, tiny particles?

While not all titanium dioxide used in food and medicine is in the form of ultramicroscopic nanoparticles, much of it is. So, avoiding processed foods is your first line of defense in minimizing exposure.

It’s ironic that the very substances used to create clean-looking, snowy-white products can cause such an array of toxic effects. Clearly, titanium dioxide nanoparticles are “bad news” – in a very small package.

What is the difference between organic dairy and conventional?

(NaturalHealth365) A frosty cold glass of milk, a tempting mound of rum END_OF_DOCUMENT_TOKEN_TO_BE_REPLACED

(NaturalHealth365) Whether served up solo in tasty slices, slathered on toast or END_OF_DOCUMENT_TOKEN_TO_BE_REPLACED