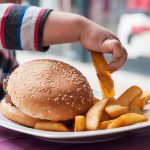 (NaturalHealth365)  Have you ever taken a good hard look at the children’s menus your children choose from when you take them out to eat?  Most of the choices would be a “heart attack on a plate” for an adult.  So, why are we continuing to serve these unhealthy foods to our children?

Part of the reason is that the kids love them. Another reason is that they have been considered acceptable since the 1890s. Just because a doctor created and encouraged the use of these menus, it doesn’t mean we should blindly use them.

Where did “children’s menus” really come from?

The first children’s menus were based on a guide written by a pediatrician named Emmett Holt.  Published in 1894, The Care and Feeding of Children remained in print for over half a century, influencing how the hospitality industry created menus for children under 10.

In the guide, children were not to be fed any fresh foods or quality meats, whatsoever.  Holt refused to elaborate on why his menu for children was so different than that of adults.  Many people believed that it was to help recover the revenue that was lost by hospitality businesses due to prohibition.  Not being able to sell alcohol was a devastating loss to many restaurants and lounges.

Let’s face it, items included on kids’ menus have nothing to do with health

Items were created that were easy to make and would cost less to produce than the fresher foods that most adults enjoy.  The fact is processed foods often just taste better.  They are full of excessive amounts of sugar or salt.  Fried foods are favorites when it comes to little kids.

Children love the fact that they can eat most foods on the children’s menus with their fingers.  It was easy to include these foods on a kids’ menu.  After all, a doctor endorsed it.  Right?  While Holt may have created and endorsed these foods, he gives no valid reason for doing so.  Yet parents followed blindly.

Double standards: Bad for adults, but good enough for children?

Health alerts are everywhere concerning fried and processed foods, yet our children’s menus are still full of them.  Why?  Because the almighty dollar speaks louder than the need to keep our children healthy.

For decades, we have been told by the American Heart Association and other organizations that these foods are deadly, yet we still allow them to be offered to our children.  If heavily processed and fried foods are unhealthy for adults, it stands to reason that they are equally as unhealthy for our children.

Your child’s eating habits start with you

It’s up to parents to maintain their children’s diet.  Until parents begin to work with health organizations, policy/lawmakers, and the food industry as a whole, no changes will be made.  There is too much money involved.

As long as these food companies and hospitality businesses are making money hand over fist, they frankly don’t care who they hurt, even if it happens to be your children.  So why not lay the foundation at an early age and teach your children healthy eating habits?  You can start to build a healthy diet by giving your children a rainbow of foods (apples, carrots, lemons, green beans, blueberries, eggplants, beets, and grains).

When you go out to eat, allow your child to choose from the adult menu.  Take home whatever they don’t finish home.  It’s also important that you set a healthy example and order foods that are good for you.  There are many ways for you to establish healthy eating patterns for you and your child.

If you don’t like the foods your child is constantly being exposed to, it’s up to you to change their options.  The long-term health effects of the poor choices they are being offered will continue to affect them for the rest of their lives.  As parents, it’s up to you to take a stand when it comes to the health of your children.  You can make a difference and put your child on the road to better health with a few simple changes to their diet.

(NaturalHealth365)  The controversy over caffeine consumption during pregnancy is a long-standing one.  END_OF_DOCUMENT_TOKEN_TO_BE_REPLACED

(NaturalHealth365)  Every 34 seconds in the United States, somebody dies of heart END_OF_DOCUMENT_TOKEN_TO_BE_REPLACED