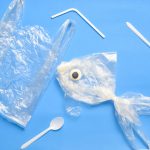 (NaturalHealth365) Microplastic pollution is everywhere.  Just how ubiquitous are the tiny plastic fibers? It turns out, they are everywhere, from the lowest points to the highest elevations.  For example, in 2018, scientists found microplastics at the deepest point on earth, the Mariana Trench in the western Pacific Ocean.

In 2020, microplastic pollution was discovered in snow samples at 11 locations close to the peak of Mount Everest, the world’s highest mountain.  What could be even worse than that, you ask?  Scientists estimate that the plastic waste generated worldwide will likely triple and reach an astonishing 155-265 million metric tonnes per year by 2060.

Study reveals why seafood lovers should be concerned about microplastics

As you probably know, people consume microplastics via food, water, and air.  According to research published in the journal Environmental Science and Technology, the average person eats 50,000 particles of microplastic a year (although the number is likely to be much higher.).

Now, in what can only be described as bad news for seafood lovers, a surprising new study by the Hull York Medical School and the University of Hull reveals that oysters, scallops, and mussels contain some of the highest levels of microplastic contamination among seafood.

To be clear, microplastics poses a serious threat to human health.  How dangerous are microplastics to your health?  Great question … it’s one that scientists and researchers are still trying to determine.

While it’s understood that ingested microplastic particles can physically damage organs and leach hazardous chemicals – from the hormone-disrupting bisphenol A (BPA) to pesticide – the full health impact is not yet known.  Still, there’s mounting evidence suggesting that the invasion of microplastics poses a serious threat to humans, animals, and the ecosystem.

According to Scientific American, small microfibers are known to lodge deep in the lungs where they can cause various diseases, including cancer.  Factory workers who handle nylon and polyester have shown evidence of lung irritation and reduced breathing capacity.  Scientists are also concerned that the ingestion of microplastics can lead to severe and life-threatening blood clots.

Moreover, a recent study, published in the journal Environment International, revealed that microplastics have been discovered in the placentas of unborn babies, which researchers called “a matter of great concern” as it may cause long-term damage to fetuses.

Proceed with caution to minimize your risk of exposure

A UN report says there are more than 51 trillion microplastic particles in the sea.  Filter feeders such as oysters, scallops, clams, and mussels are the most susceptible to micro pollution.  But seafood isn’t the only microplastic carrier.  Bottled water, beer, honey, tea bags, and sea salt have all been known to carry microplastics, too.

How much do microplastics affect us?  In what amounts are they harmful or not?  Do you consume more microplastics drinking a liter of bottled water than eating a dozen oysters?  Right now, knowledge gaps remain and there’s no definitive answer to these questions.

But, as a consumer, the best you can do is moderate your intake of certain kinds of seafood, know where your seafood comes from, and do your part to reduce plastic waste.  Remember, just because microplastics are nearly invisible – 5 millimeters down to 100 nanometers in diameter – it doesn’t mean they aren’t there.