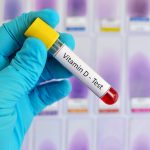 (NaturalHealth365) Inflammatory bowel disease (IBD) is a phrase used to describe a group of conditions, including ulcerative colitis and Crohn’s disease, all of which involve chronic inflammation throughout the gastrointestinal tract. According to the U.S. Centers for Disease Control and Prevention (CDC), more than three million adults have been diagnosed with the disease, and it’s becoming increasingly common.

But, here’s an interesting fact: studies have found that vitamin D deficiency is common among individuals with gut issues, and that lower levels of this nutrient correlate with a higher risk of health problems.

For example, in this study, researchers took a closer look at why a vitamin D deficiency seems to play a part in gut problems and how this vitamin regulates immune response within the gut.

The connection between vitamin D deficiencies and gut problems

This study mentioned above, published in Autoimmunity Reviews, was built on evidence collected in the past that has shown the protective role vitamin D plays on gut health, which is why a deficiency is linked to poor outcomes and greater risk.  Not only did researchers review the evidence and confirm that vitamin D deficiencies are higher among people with gut issues, but they also found out more about how this vitamin (actually a hormone)  works in the gut.

Experts believe that a “leaky gut” – which is an insufficient intestinal barrier – is central to how digestive problems develop.

In addition, research has shown that vitamin D seems to work on the cellular level to help increase the integrity of that barrier, reducing problems with leaky gut.  It also promotes the interplay between the gut’s microbiome, intestinal epithelial cells, and immune cells, helping to regulate the immune response of the intestines.

Although researchers caution that there’s still work to do to further reveal how vitamin D works in the gut, it once again highlights the serious complications that may occur in individuals with a vitamin D deficiency.

No doubt: There are serious consequences to this hormone deficiency

Beyond its role in the gut, studies also show that vitamin D deficiency comes with additional serious consequences. Being deficient in this important hormone, particularly if you have blood levels under 30 ng/ml, increases your risk of premature death from any cause.

To be clear: Premature death from poor lung function, a weak heart, bone fractures and dysfunctional cellular activity (the “Big C” word) have all been linked to having chronically low vitamin D levels.

While that may sounds scary, it’s easy to take control of your vitamin D levels to reduce your risk of unwanted health issues.  Start by treating yourself to 20 minutes (daily) of direct sunlight so the body is able to create its own.  Naturally, if you live in more northern climates, direct sunlight – that’s strong enough to produce a positive result – may not be realistic.

The truth is: It’s more difficult to produce this hormone (naturally from sun exposure) during the wintertime or if you live in an area that just doesn’t get as much sunshine, on a regular basis throughout the year.  This is where D3 supplementation can help to solve the problem.  Just keep in mind, you’ll need to ensure it’s taken with fat-containing foods for the best absorption since it’s a fat-soluble vitamin.

And, finally (for best results), you may want to consider taking all the cofactors that enhance absorption such as, zinc, boron and (of course) vitamin K2.  Ultimately, if you’re deficient and concerned, it’s a good idea to consult with an experienced (integrative) physician or health coach before making any significant changes to your diet or supplement routine.

Bottom line: It’s good to know what your vitamin D levels are … so, get a simple blood test and make it a health priority to maintain blood levels of about 50 – 80 ng/ml to protect your health.

(NaturalHealth365)  Horsetail – a tall, shaggy weed that grows in wetlands and END_OF_DOCUMENT_TOKEN_TO_BE_REPLACED

(NaturalHealth365)  Menopause is a natural part of getting older, signaling the end END_OF_DOCUMENT_TOKEN_TO_BE_REPLACED

(NaturalHealth365)  According to the American Association of Endodontists, more than 25 million END_OF_DOCUMENT_TOKEN_TO_BE_REPLACED