Can antibiotic use harm our children? Research says the dangers are real 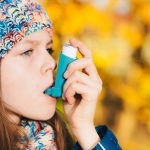 (NaturalHealth365) Tragically, the number of children in the United States living with autism, ADHD, asthma, and allergies (the 4 A’s) has increased over the years.  Many parents whose children suffer from these chronic conditions report frequent use of antibiotics during the early stages of their children’s lives.  In fact, a study confirmed a link between antibiotic use during the first year of life and the development of asthma.

Researchers published their findings in The Lancet Respiratory Medicine and revealed that impaired viral immunity and genetic variants on a region of chromosome 17 increase the risk of antibiotic use in early life, leading to later development of asthma.  However, other research challenges this finding.

In the same issue of The Lancet Respiratory Medicine, scientists reported that the link between asthma and antibiotics is due to the ‘hygiene hypothesis’ – as children today are exposed to fewer microbes than in the past.  Another research paper published in The Annals of Allergy, Asthma, and Immunology pointed out that disruption in gastrointestinal microbiota weakened the immune system causing children to develop asthma.

As with most chronic conditions, there is usually not one single cause responsible for the disease.  Instead, typically several factors must occur simultaneously, creating a “perfect storm” that leads to the development of a chronic condition.  Although scientists do not understand completely how antibiotics cause asthma, the truth is, doctors should prescribe them more sparingly to reduce the associated adverse health effects.

Research shows that breast milk is rich in white blood cells, antibodies, and has greater antioxidant ability than bovine milk, especially in the glutathione synthesis pathway.  Breastfeeding is truly a superior way to feed an infant during the early stages of life. When babies aren’t breastfed, disruption of the gut lining occurs, further increasing the infant’s vulnerability to illness.

Could food allergies play a role in ear infections?

Ear infections are one of the most common childhood illnesses that doctors treat with medications. To reduce the courses of antibiotics children receive, preventing ear infections in the first place is essential. A number of studies show that pepsinogen – a digestive enzyme produced by the body to break down food proteins – is often a culprit in ear infections.  When researchers looked closely, they found the enzyme in concentrations about 1,000 times higher in the middle ear than in the blood.

In one study, 83% of children who had ear infections tested positive for pepsinogen.  So, in essence, the ear infection is a symptom of acid reflux, and antibiotics are often unnecessary.

How does pepsinogen get from the stomach to the middle ear?

When a baby lies on his back, pepsinogen can flow up to the throat and drip into the middle ear creating a breeding ground for bacteria.  Often, the only indication of acid reflux in children is a cough when they lay down at night.  The journal Otolaryngology-Head and Neck Surgery concluded that controlling reflux may be essential in controlling middle ear infections.

An abundance of scientific evidence suggests that the most common culprit behind childhood acid reflux is dairy.  Even if your child tests negative for dairy in an allergy test, the negative result does not exclude the possibility of dairy causing the reflux.

During a child’s first year of life, table food is introduced.  Considering that 80% of antibiotics in the United States are given to livestock, be sure to only feed your child meat that comes from animals raised without antibiotics.  Pay attention to pesticide-contaminated fruits and vegetables too.  Antimicrobial pesticides do exist and can wreak havoc on children’s developing systems.

As an action step, tap into “nature’s medicine cabinet.”

Although antibiotics may sometimes be necessary to help the body fight off an infection, natural solutions often resolve the issue without pharmaceutical drugs.  Integrative healthcare providers frequently use remedies such as garlic, honey, coconut oil, colloidal silver, and other solutions to assist the body in its healing process.

(NaturalHealth365)  First, it was menstrual problems, and now, it’s current and future END_OF_DOCUMENT_TOKEN_TO_BE_REPLACED