Cholesterol “solution” found inside artichokes, according to MANY studies 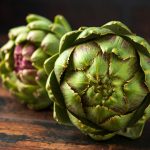 (NaturalHealth365) Artichokes can be an intimidating vegetable with their thorny exterior, especially if you have never tried cooking it.  But, they are packed with antioxidant nutrients like rutin, gallic acid, cynarin, and quercetin – which protect the heart and reduce the risk of liver disease and diabetes.

For those accustomed to eating this vegetable, artichoke hearts are probably your favorite; however, research shows that the leaves carry the most health benefits than any other part.  In a 2020 study published in Cellular and Molecular Biology, artichokes ranked among the top antioxidant-rich vegetables due to their surprisingly high levels of disease-fighting compounds called phytonutrients.

Editor’s note: Heart disease now kills 31% of all people worldwide… and the root causes are NOT what you think! Click here to discover the truth inside the Cardiovascular Docu-Class, hosted by Jonathan Landsman, creator of NaturalHealth365

In 2013, a randomized, placebo-controlled study investigated the effect of artichoke extracts in patients with high cholesterol.  The study was conducted for a period of 6 weeks, which split participants with high blood cholesterol (>280 mg/dl) into two groups.  The test group received 1,800 mg of artichoke leaf extract tablets at a serving of 450 mg tablets four times a day, and the placebo group received a neutral pill.  At the end of the six-week observation period, the group that received artichoke showed an 18.5 % reduction in cholesterol level than the other group.

Researchers say that artichoke leaves interfere with cholesterol production in the body.  The compound cynarin is identified as the phytonutrient that plays a key role in decreasing cholesterol.  According to researchers, besides cynarin, luteolin, another phytonutrient, may also play a role in reducing cholesterol.

Keep in mind; the artichoke is just one of many natural ways to lower cholesterol levels.

Artichokes prevent cholesterol buildup via many pathways; however, two important mechanisms have been clearly identified.  One mechanism is by inhibiting the action of enzymes that participate in cholesterol production in the liver.  The second pathway is to increase bile production, which in turn eliminated more cholesterol from the body.

And, finally, another important heart-healthy benefit associated with artichoke leaves is that they play a significant role in preventing the oxidation of cholesterol and lipoproteins – which is crucial in decreasing the risk of heart disease.

Not sure how to cook artichokes? It is more simple than you think

Most of you may be familiar with store-bought artichoke dips or jars of marinated hearts, but many have never prepared and cooked artichokes.  Cooking artichoke is easier than you can imagine.

To start, cut off the stem and trim off sharp leaf tips, discard the thick outer leaves of the artichoke.  Slightly open up the second layer of leaves with fingers so that you can lightly steam or boil.  You can identify if the artichoke is cooked by checking to see if the petal near the center pulls off easily.  The soft pulpy portion of the leaf is the edible part of the artichoke.  You can eat this by pulling the leaves through your teeth to remove its soft portion – the rest of the leaf should be discarded.

Best of all, artichokes are available all year round, with the peak months being March, April, and May.  So, next time you see an artichoke, don’t be deceived by its appearance – give it a try and enjoy a heart-healthy meal.

(NaturalHealth365)  When a person is identified as having “deep pockets,” the connotation END_OF_DOCUMENT_TOKEN_TO_BE_REPLACED