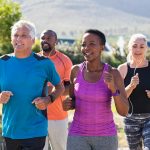 (NaturalHealth365) Feeling tired and mentally drained seems to be the “new normal” in our fast-paced lifestyle.  But, if you are drinking energy drinks loaded with artificial sweeteners and caffeine – your condition will only gets worse, leaving you exhausted after a brief few hours of hyper-energy.

And, let’s not forget the side effects of headaches, nausea and the jitters.

So, when it comes to naturally boosting your energy levels, many people would be surprised to learn that certain superfoods provide a healthy alternative. The additional benefit is that it’s so easy to incorporate into a daily routine.  Are you ready to take a closer look?

A 2008 randomized, placebo-controlled, double-blind study assessed the effect of 14 days of supplementation with goji juice among participants. The study, published in the Journal of Alternative and Complementary Medicine, showed that when subjects consumed 120 ml (about half a cup) of goji juice – per day – they felt a significant raise in energy levels, mental acuity, focus and feelings of happiness and health.

The study also showed that there was a significant decrease in symptoms of fatigue and stress. Goji berries are versatile and can be incorporated into any dish with little to no preparations. They are easy to enjoy in salads, breakfast porridge, and even tea preparations.

Ginseng is a powerful fatigue fighter and also an adaptogen that enhances immune function. A Mayo Clinic study showed that American ginseng could address the symptoms of fatigue among cancer patients as well as improve their quality of life.

Evidence shows that ginseng helps to fight long term fatigue issues due to its ability to support endocrine function.  It is available in the form of dried or fresh roots, capsules and teas. The common recommendation by most herbalists is to consume it every day for 2- 3 weeks and then stop for the next two weeks.

Cordyceps, also called a “magic mushroom,” is known for its ability to instantly provide energy and prevent fatigue. Researchers are still not clear how this mushroom enhances energy levels. But, some scientists attribute this ability to the presence of polysaccharides (natural sugars) and antioxidants – which eliminate the threat of free radicals on the body.

According to the Memorial Sloan-Kettering Cancer Center, cordyceps can be used for a wide range of conditions, such as fatigue, sexual dysfunction, immune enhancement and off-setting the negative effects of conventional cancer treatments. A 2010 pilot study that appears in the Journal of Alternative and Complementary Medicine showed that cordyceps supplementation, on a daily basis, improved exercise performance in 20 healthy adults aged 50 – 75.

This blue-green algae is 60 – 70% protein, a good source of vitamin B12, mixed carotenoids and other antioxidants.  Spirulina is considered the most efficient and effective dietary supplement that money can buy.

According to researchers, spirulina enhances energy levels because of its vitamin B12 and rhamnose.  Rhamnose, is a type of biologically active sugar which hastens the transport of nutrients across the blood-brain barrier and to the cell.

This property is crucial to alleviate symptoms of fatigue and improve the blood circulation to all parts of the body. A 2010 study, published in the journal of Medicine and Science in Sports and Exercise, showed that spirulina supplementation was able to significantly improve exercise performance by decreasing fatigue related symptoms.

Hemp seeds have become popular due to its fantastic macronutrient profile. It is because of the same reason it is mostly used in breakfast smoothies, in the form of protein powder, seeds or oil. Gram for gram hemp seeds pack more protein and comes loaded with the beneficial omega-3 fats.

In addition, hemp seeds contain the perfect ratio of omega 3, 6 and 9 – ideal for the body and is also a complete protein. An ounce of hemp seed gives about 160 calories, 10 grams of protein, 15% of the daily value for iron, 45% for magnesium and 21% of zinc’s daily value.

The omega-3 fatty acids help to improve focus and alleviate symptoms of depression.  Researchers believe that the presence of the minerals, in hemp seeds, boost energy and supply an ample amount of healthy fats for brain and cardiovascular health.

There is one thing to keep in mind. If you have any chronic health condition like diabetes, autoimmune disease or take heart medication – herbs, such as ginseng, may increase the risk of bleeding.  Obviously, for best results, it would be great to work with an experienced herbalist and integrative healthcare provider before making any significant changes to your diet.

(NaturalHealth365)  Horsetail – a tall, shaggy weed that grows in wetlands and END_OF_DOCUMENT_TOKEN_TO_BE_REPLACED

(NaturalHealth365) You’ve probably heard that too much sugar harms your health.  Sugar END_OF_DOCUMENT_TOKEN_TO_BE_REPLACED

(NaturalHealth365)  Menopause is a natural part of getting older, signaling the end END_OF_DOCUMENT_TOKEN_TO_BE_REPLACED