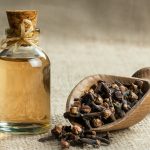 (NaturalHealth365)  Within the past few years, scientists at the forefront of cancer research have increasingly given voice to a once radical-sounding concept:  cancer – second only to heart disease as a cause of death for Americans – is largely preventable, with diet playing an important role.

In a prominent article published in 2008 in the peer-reviewed scientific publication Pharmaceutical Research, the authors – researchers in the Department of Experimental Therapeutics at the University of Texas M.D. Anderson Cancer Center – boldly state that cancer is, for the most part, a preventable disease that can be avoided with proper lifestyle choices.

An article published the following year in the Journal of Clinical Oncology echoes and confirms this finding and goes on to assert that dietary modification alone – namely, increasing intake of fruits, vegetables, and spices – could prevent 20 percent or more of all cases of cancer, saving close to a quarter of a million lives a year.  In a more recent study published in the International Journal of Environmental Research and Public Health authors concluded that indeed, nutrition is one of the most modifiable aspects of people’s lifestyles and dietary choices that can affect cancer risk. Furthermore, with the maintenance of optimum body weight and regular physical activity added to dietary modification, the authors estimate that up to 40 percent of all cancer cases would simply never occur.

Stunning fact: Nearly 50% of all cancer cases can be eliminated with natural compounds

Imagine the headlines, the fanfare, and the triumphant advertising campaign Big Pharma would unleash if a drug manufacturer were to develop a medication with the same rate of success at warding off cancer.  Yet, the “medication” already exists.  We already have access to safe, natural, and relatively affordable cancer-preventing substances: the phytochemicals contained in luscious fruits, tasty vegetables, and zesty spices.

Although a myriad of fresh fruits and vegetables – broccoli, blueberries, garlic, grapes, tomatoes, and dozens more – can help prevent cancer, two spices, in particular, have been impressing researchers with their ability to inhibit and even destroy cancer cells.

Fragrant cloves offer up a protective and potent essential oil

Cloves, scientifically known as Sygizium aromaticum, are the unopened flower buds from an evergreen tree indigenous to the Indonesian rain forest.  Their aromatic scent and rich, distinctive flavor arise from their high content of eugenol oil, the constituent also responsible for much of their protective benefits.

Recent scientific research supports the ability of eugenol oil to inhibit the proliferation of melanoma cells.  It also suppresses COX-2 mRNA expression, meaning that it works to “turn off” one of the primary genes implicated in inflammation and cancer development.

In one particularly encouraging animal study conducted at the Department of Cancer Causation and Prevention at AMC Cancer Research Center and published in 2005 in the Journal of Biological Chemistry, eugenol not only slowed the growth of tumors but decreased tumor size by 40 percent.  While 50 percent of the mice in the control group died from metastatic growth of their tumors, all eugenol-treated mice survived.

In addition, researchers reported no evidence of cell invasion or metastasis – no spreading of cancer – in the eugenol group.  While clinical studies are lacking, test tube and animal studies point to potential use for cloves as a natural cancer treatment.

Although eugenol oil seems to be the major player in the anticancer effects of cloves, these piquantly-flavored buds can also provide health benefits by way of their other constituents.  Cloves are rich in tannins and flavonoids and contain hefty amounts of essential minerals such as iron, manganese, and selenium.  As if that weren’t enough, they are also a good source of the antioxidant vitamin C and A, as well as the antioxidant carotenoid beta-carotene.

What’s the best way to add cloves to my diet?

Opt for whole, organically grown cloves for maximum health benefits, and powder them yourself in a coffee grinder.  Use cloves to enhance meat, poultry, rice dishes, and soups or to add zest to a marinade.  You can also use them to flavor desserts such as gingerbread, pumpkin pie, and fruit compote, or pair them with cinnamon in hot spiced apple cider.

But, be warned, overindulging in cloves can cause gastric irritation, so moderation is the best policy.  And, if you have a digestive condition such as gastric ulcers, ulcerative colitis, or diverticulitis, check with your doctor before using them.

Fenugreek: An ancient mainstay of Ayurvedic healing, proves its worth to Western researchers

Scientifically known as Trigonella foenum-graecum, fenugreek is a staple of Middle Eastern cooking and is used to make curry and pickles.  It has been employed since antiquity for culinary and medicinal purposes and is particularly prized in the Ayurvedic healing system, known as methi.

Recent medical research indicates that fenugreek seeds have anti-cancer properties due to their high diosgenin levels, a steroidal saponin.  In a cell study published in 2006 in Oncogene, researchers found that fenugreek extracts suppressed inflammation, inhibited the proliferation of cancer cells, and caused apoptosis – or self-destruction – of tumor cells.  Like the eugenol found in cloves, diosgenin in fenugreek regulates pro-inflammatory COX-2.

Memorial Sloan Kettering Cancer Center (MSKCC) concurs, crediting fenugreek seeds with chemopreventive properties and citing a study in which fenugreek extracts induced cell cycle arrest and apoptosis in MCF-7 receptor-positive breast cancer cells.  Although animal and cell studies have been promising, MSKCC points out that studies on humans are currently lacking.  However, research into fenugreek’s therapeutic potential is ongoing.

Diosgenin is not fenugreek’s only weapon against cancer

While diosgenin has been shown to destroy cancer cells, it is not the only protective gift fenugreek bestows.  The seeds are also rich in non-starch polysaccharides such as mucilage, pectin, and hemicellulose.  These various types of dietary fiber all have the proven ability to bind to toxins and carcinogens, allowing them to be speedily flushed from the body.  So it is no surprise that decades of research have supported fenugreek’s strong protective effects against colon cancer.

Like cloves, fenugreek seeds also store essential minerals such as copper, iron, selenium, and manganese.  They also contain abundant quantities of vitamin A and vitamin C.

What are the best fenugreek seeds to get?  Be sure to purchase whole fenugreek seeds from a certified organic supplier – as your best bet for maximum cancer protection.  High-quality fenugreek seeds are golden-yellow, with a rich maple syrup aroma.  Enthusiasts say that the taste – often likened to burnt caramel with bitter overtones – can be mellowed by browning the seeds lightly over medium heat.

The toasted seeds can then be ground and used in curries and sauces.

Keep in mind, fenugreek seeds can interact with certain medications, so check with your doctor before using them.  Although no one can expect to eliminate all cancer risks, consuming beneficial detoxifying spices such as cloves and fenugreek may help to significantly better your odds while adding sparks of exotic and sophisticated flavor to your recipes.