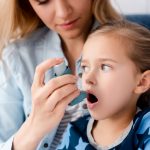 (NaturalHealth365) Over the past few decades, the incidence of childhood asthma has continued to rise among children within the U.S.  According to the CDC, 5.5 million American children currently have asthma.  Because those numbers keep increasing, researchers have started digging to find what’s driving the increase.

According to a recent study, there’s a link between meat consumption and asthma symptoms in children.  Published in the journal, Thorax, Mount Sinai researchers discovered that children’s dietary habits – particularly the consumption of cooked meat – may play a role in developing the disease.

In this new study, researchers examined more than 4,000 children, ages 2 to 17 from the 2003-2006 National Health and Nutrition Examination Survey.  The survey is part of a program that evaluates both children and adults’ nutritional and health status in the U.S. via physical examinations and interviews.

Researchers looked at associations between foods containing advanced glycation end-products (AGEs) – which are dangerous toxins and DNA-altering mutagens – and respiratory symptoms.  Children with higher AGE-intake had greater odds of wheezing, which included wheezing that is severe enough to disrupt exercise and sleep requiring prescription drugs for treatment.  They also found that increased consumption of non-seafood meats was associated with wheezing requiring treatment with prescription medicines.

Study leaders noted that dietary AGEs, which largely come from cooked meat consumption, appear to increase the risk of wheezing and other childhood asthma symptoms.  Researchers consider these findings critical and believe that they can guide recommendations in the future to reduce the prevalence of asthma in children.

Why is meat consumption problematic? It’s high-temperature cooking that’s the issue.  Most people don’t realize that your body is exposed to dangerous toxins and chemicals when you eat foods cooked at high temperatures.  High-temperature cooking methods include broiling, searing, frying, grilling, and roasting.  It’s cooking meats at high heat that results in the production of these dangerous toxins – AGEs.

Besides this new study showing that AGEs are linked to childhood asthma, previous research reveals other significant health risks associated with the consumption of meat cooked at high temperatures.  AGEs can damage your DNA, increasing the risk of certain types of cancer, premature aging, heart disease, and more.

Studies have shown that eating overcooked hamburgers increased breast cancer risk in women by over 50 percent.  An additional study discovered that when men eat 1.5 servings of processed meat weekly (or more), their risk of advanced prostate cancer increases by 50 percent.

Protect yourself from the dangers of AGEs.

While it isn’t easy to completely eliminate AGEs, eating less high-fat animal foods and choosing lower-heat cooking methods can certainly help.  Foods with low levels of AGEs include organic whole grains, vegetables, raw dairy products, so focus on adding more of these foods to your diet.

Although, it’s worth mentioning that many integrative healthcare providers caution people with respiratory issues to limit their consumption of simple sugars and dairy, especially conventionally-produced milk and cheese products.