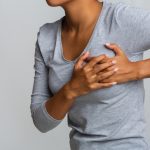 (NaturalHealth365) “Every woman in America has been exposed to chemicals that may increase her risk of getting breast cancer,” according to a comprehensive scientific review performed by the Silent Spring Institute and published in the journal Environmental Health Perspectives.

The study highlights 17 families of chemicals that women get exposed to on a daily basis … and provides healthy ways for women to reduce their cancer risk.

According to co-author Julia Brody, “the link between toxic chemicals and breast cancer has largely been ignored.  Reducing chemical exposures could save many, many women’s lives.”

The researchers reviewed the scientific literature and found 102 different chemicals that have been shown to cause mammary tumors in animals.  Since cancer-causing substances are similar in animals and humans, the researchers believe that most of these toxic chemicals are likely to cause breast cancer in women as well.

Thankfully, the researchers found tests to measure exposure are accessible to any medical professional, for nearly 75% of all the chemicals – with many of the remaining chemicals identifiable with slight modifications to existing tests.

A closer look at the most toxic chemicals

Organohalogens or flame retardant chemicals have now been added to nearly every piece of furniture sold in the U.S.  Yet,  they’re untested, ineffective, and toxic to homeowners, all while driving up cancer rates for firefighters, in particular.

In the 1990s, Swedish scientists raised red flags when they discovered that flame-retardant compounds used widely throughout the world were building up in mothers’ breast milk.

In California, female firefighters aged 40 to 50 have breast cancer rates nearly six times the national average for that age group.  That’s due to the state’s early adoption of flame retardants – which have taken root nationwide at slower rates. Any furniture with polyurethane foam contains flame retardants.

Fortunately, many of these identifiable cancer-causing agents can be avoided and, as you keep reading, you’ll find that the solutions are easy to implement.

Phthalates and parabens, banned by the European Union in 2003, are a group of chemicals commonly used as preservatives in cosmetics and pharmaceuticals.  They keep hairsprays sticky and bacteria and fungus out of things like nail polish and perfume.

Both have demonstrated themselves to be carcinogenic and particularly linked to breast cancer.

Aluminum chlorohydrate can be found in antiperspirant deodorants.  Aluminum is known to have a genotoxic profile, capable of causing both DNA alterations and epigenetic effects, and this would be consistent with a potential role in the formation of tumors of the breast.

Triclosan and triclocarban are antibacterial chemicals and known endocrine disruptors found in cosmetics, soap, deodorant, sponges, toothpaste, cutting boards, shoes, towels, and clothes.  According to a recent study published in the American Chemical Society’s (ACS) journal, Chemical Research in Toxicology, triclosan is linked to the growth of breast cancer cells.

Perfluorooctanoic acid (PFOA) is part of a larger class of chemicals known as perfluorinated compounds (PFCs).  PFCs, and PFOA in particular, are the bases for non-stick coatings on cookware, stain guards on clothing, upholstery, and carpet, and waterproof clothing.

Waterways and groundwater near manufacturing plants tend to have high PFOA concentrations.  Exposure to these compounds has been associated with delayed menstruation, later breast development, and increased incidence of breast cancer.

Zeranol, a synthetic growth hormone, has been used by the United States and Canadian beef industry since the 1950s to speed up the process of fattening animals.  It is of special concern since it mimics the hormone estradiol.

Scientists recently exposed cancer cells to zeranol-treated beef, and the results showed significant increases in cancer growth.  Economic and health concerns have led the European Union to ban the use of these hormones in their own meat-production systems and to ban imports of hormone-treated beef – including meat from the United States, since 1989.

Styrene can leach from polystyrene – a component of Styrofoam food trays, egg cartons, disposable cups, and carryout containers – when heated, worn, or put under pressure.  Styrene is an animal mammary carcinogen and is possibly carcinogenic to humans.

Believe it or not, food processing companies use styrene as a flavoring agent in foods like ice cream and candy.  In addition, Styrofoam plates and cups are used in both households and restaurants throughout the United States.

Polyvinyl chloride (PVC) is used to produce food packaging material.  When PVC is made, vinyl chloride may be released into the air or wastewater.  This was one of the first chemicals designated as a known human carcinogen and has been linked to increased mortality from breast cancer and liver cancer among workers involved in the manufacturing process.

Obviously, you’ll want to know, “how do I reduce my exposure to these cancer-causing substances?”  I’m glad you asked!

Use a high-quality water purification system or a solid carbon block.  One of the best on the market is a Berkey.  And, best of all, you don’t need electricity for this type of purification unit.

In addition, remove your shoes before entering the house and use a vacuum with a HEPA filter.  In terms of air quality, use a high-quality air filter or, if you can’t afford an air filter, surround yourself with lots of indoor house plants to purify the air.  For example, you can buy a “Spider” or “Rubber Tree” plant.

Naturally, above all, look for organic – locally grown, if possible – fruits and vegetables, grass-fed animal products, and get your dairy from pasture-raised cows or goats.

(NaturalHealth365)  In the latest episode of the environmental toxins saga, newly-published research END_OF_DOCUMENT_TOKEN_TO_BE_REPLACED