Algae to the rescue: Remove heavy metals from your body before it’s too late 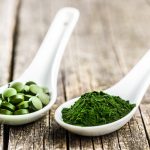 (NaturalHealth365) For years, natural healthcare professionals have sounded the alarm about the dangers of heavy metals in our food supply and immediate environment; even Western medicine is starting to take notice.  In fact, the use of mercury in dental amalgams, vaccines, and consuming contaminated seafood like salmon can dramatically increase the risks for autism, Alzheimer’s disease, cancer, thyroid disorders, plus a host of immune-related disorders.

Therefore, we ought to focus on removing heavy metals – before it’s too late.  Naturally, the best way to minimize your risk for disease – is to avoid unwanted toxins from entering the body.  But, like most people, getting rid of already consumed toxins ought to be a top priority.

Recent medical research shows that chlorella, a single-celled micro-algae, can come to the rescue by flushing toxins from the body.  Although chlorella (green algae) is regularly consumed by over 10 million people in Japan – giving it popularity that rivals that of vitamin C in the United States – most Americans have generally lagged in recognizing the phenomenal benefits of this superfood.  Chlorella, and its detoxifying effects, have been the subject of medical research in the United States, Russia, and many countries throughout Europe.

Chlorella’s unique molecular structure allows it to bind to heavy metals, including cadmium, mercury, arsenic, antinomy, and lead.  A testament to chlorella’s binding capacities is that it has been used in mine shafts to collect residual metals.

Researchers are particularly intrigued by chlorella’s ability to bind to – and eliminate – toxins in the body, but not essential minerals such as calcium, zinc, and manganese, almost as if the algae “knows” which substances belong in the body.

It is chlorella’s high levels of chlorophyll that allow it to promote the processing of oxygen while helping to repair and grow healthy tissue.  In addition to its detoxifying powers, chlorella can help reduce body fat, lower cholesterol and blood pressure and cleanse the excretory system.

Wow!  The science on chlorella is extraordinary

A three-year study was performed at a foundry in Russia on people who had been exposed to high levels of toxic heavy metals.  At the study’s end, researchers found that chlorella, administered along with the spice cilantro, succeeded in safely removing all heavy metals from the subjects’ bodies.

Animal research has also demonstrated chlorella’s benefits.  In fact, a study in which laboratory mice were given chlorella after being exposed to high amounts of cadmium – a toxic heavy metal.  The data clearly showed that chlorella had a strong protective effect and even helped restore liver structure and function.

A second study showed that mice given chlorella excreted more lead in their feces than mice that had not been given the algae – data that supports chlorella’s ability to help flush toxins from the body.  The chlorella group of mice also absorbed significantly less lead in their kidneys and livers.

Animal studies also support chlorella’s anticancer powers.  Chlorella has been found to promote apoptosis, or programmed cell suicide, in liver cancer cells in rats.  Apoptosis does not normally occur in cancer cells – although it is part of the metabolic process of normal cells; thus, any substance that promotes cancer cell apoptosis is viewed with great interest by medical researchers.

In a scholarly review, published in 2011, in the Journal of Environmental and Public Health – the authors listed chlorella as among the natural substances that are “enormously valuable in facilitating excretion and reducing biochemical toxicities.”  The authors speculated that chlorella’s mechanisms of action could include preventing the absorption of toxins, diminishing their toxicity through protective mechanisms, and hindering their recycling in the body.

Not only is this superfood composed of 50 percent protein, but it also contains all the amino acids needed to form additional proteins.  Large amounts of vitamin C and antioxidant carotenoids are also found in chlorella, along with iron, vitamin K, and B-complex vitamins.  Chlorella can be used to enhance vitamin B and protein levels, making it especially beneficial for vegans and vegetarians.

Keep in mind, once heavy metals have entered the cells – it’s much more challenging to detoxify the body.  Although chlorella is great for preventing the digestion of ‘new’ heavy metal debris – seriously toxic individuals may need other supplements (or protocols).  Finally, depending on the degree of digestive inflammation, when you try to mobilize toxins – be sure you’re eliminating them properly to avoid negative (often serious) side effects.

Whichever type you use, make sure it is in the broken-cell-wall form.  And, because chlorella can harbor toxic elements from the environment, it is important to obtain it from a trusted, reputable source.

The usual recommended serving of chlorella is between 2 and 5 grams a day.  Using the powder in recipes for bread or cookies helps to mask the taste, which some find objectionable; you can also mix powdered chlorella into a favorite beverage or simply take it in tablet form.

In a world where our bodies are besieged daily by chemtrails, GMOs, and other environmental pollutants – this tiny green alga known as chlorella can have enormous benefit as a powerful ally against toxic heavy metals.