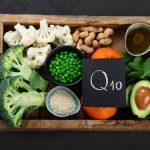 (NaturalHealth365) Coenzyme Q10, or CoQ10, is a nutrient found in many foods and occurs in the body naturally.  It is a powerful antioxidant that works to prevent cell damage, but it also has several cardiovascular advantages.  It is also a major component of metabolism.

Several studies show how CoQ10 helps cardiovascular function and its multitude of benefits throughout the body.  While most healthy people do get enough of the nutrient naturally through their diet, some do choose to take supplements to address specific health conditions such as heart or inflammation.

There’s more, though.  This incredible nutrient is so beneficial to the body.  Here are 10 health benefits of CoQ10.

Improves cardiovascular function and blood flow.  This is what CoQ10 is best known for, and for a good reason.  It increases levels of nitric oxide in the body, which helps with the dilation of the arteries.  This in turn, increases blood flow, lowers blood pressure, and improves heart function.

Lowers cholesterol.  At higher doses, CoQ10 can reduce LDL cholesterol oxidation in the body.  Many people who take this nutrient on a regular basis experience a decrease in cholesterol.

Protects against cellular damage and increases cellular function.  In at least one study, CoQ10 was a major component in preventing age-related oxidative stress.  It also boosts the production of new mitochondria, which is vital for cellular energy.  It also aided in ridding the body of mitochondria that were damaged or old.

Boosts exercise and athletic performance.  Both mice and humans who were given CoQ10 experienced improved physical performance and experienced decreased fatigue.  The glycogen content in the muscles and liver also increased, which in turn increased energy.

Protects the heart muscle from age-related lowered function.  CoQ10 plays an important role in heart health – especially the aging heart muscle.  One review showed that the supplement could be beneficial to individuals with heart failure because it guards against myocardial ATP function reduction due to age.

Reduces the risk of dementia.  CoQ10 has been found to protect and boost brain health.  One study found that people who took the supplement experienced a 77% reduction in the risk of getting dementia.

C0Q10 has multiple benefits that can be beneficial to the entire body, not just the heart.  Incorporating the supplement into your daily diet may help you live a healthier, happier life.