How industrial dairy is “milking” the planet 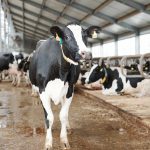 (NaturalHealth365) What should we have for breakfast, or lunch… or dinner?

This once simple question has become as complicated as understanding the fundamentals of string theory. Today, the most elemental of human activities is fraught with confusion, anxiety, and politics.

What foods are good for us?  What foods are bad for the planet?  Where does the food on our plate really come from?  Figuring out how to determine the menu is what critic and journalist Michael Pollan called The Omnivore’s Dilemma.

So here’s something else to think about next time you reach into the refrigerator for your morning yogurt.  The dangers of the industrial meat industry typically hog the headlines of food-related news, but the downside of the industrial dairy industry is finally getting its due.

Factory dairy farming, which largely consists of CAFOs (concentrated animal feeding operations), industrial buildings that run the length of a half-dozen football fields, and corporate “farmers” who survey their operations with drones because of their behemoth size, is heating up the planet and milking the environment of natural resources.

In 2017, thirteen of the largest dairy corporations in the world combined to emit more greenhouse gases than BHP and ConocoPhillips.

Now consider the amount of water it takes to operate a dairy farm.  A single dairy cow can easily drink 150 liters of water a day.

In 2018, there were approximately 9.4 million dairy cows in the U.S.  Now factor in the amount of water it takes to produce food on dairy farms, clean the facilities, etc.  And, it’s easy to see how industrial dairy is “milking” the planet.

As mega-farm dairy operations in the U.S. consolidated and grew larger – the largest U.S. dairies now have 15,000 or more cows – manure spills, agricultural runoff, and improperly disposed waste have contaminated waterways and aquifiers, leaving unsafe concentrations of nitrogen in the groundwater.

In Wisconsin, the heart of “America’s Dairyland,” several dairy operations have been fined for manure spills and manure runoff, and of the 15 annual spills between 2007 and 2013, a third came from Concentrated Animal Feeding Operations.

Large manure spills, which are often caused by poor storage, have been cited in Michigan, Minnesota, and Washington state. The largest case of manure pollution occurred in 2013 in Washington state’s Snohomish River, when 15 million gallons of manure, water and other agricultural matter spilled into a slough that drained into the river.

Big Dairy is not only responsible for a rapid increase in global emissions – some dairy companies increased emissions by as much as 30 percent between 2015 and 2017 – it’s also guilty of pushing dairy prices down below the cost of production and forcing out small and mid-sized farms.

An answer to the omnivore’s dilemma

In order to prevent Big Ag from milking the planet, consumers need to support local farmers and CSAs.

In addition, public funds should be redirected away from industrial farming, while dairy supply management systems to limit mega-farm production should be put into place.

And remember: even the simplest everyday food choices have profound consequences on the natural world.

(NaturalHealth365)  If you need yet another reason to eat your veggies, here’s END_OF_DOCUMENT_TOKEN_TO_BE_REPLACED

(NaturalHealth365)  Research over the past decade has shown, without a doubt, that END_OF_DOCUMENT_TOKEN_TO_BE_REPLACED