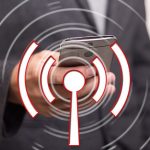 (NaturalHealth365) If you are paying attention to those around you, it may have become noticeable that a good number of individuals are suffering from an exponentially growing number of inexplicable health issues.  Even more problematic is that perhaps, you have noticed such declines are occurring with your family members or even within yourself. According to a recent study, many unwanted symptoms could be triggered by electromagnetic frequencies.

Unfortunately, most of these negative effects are most predominant in those aged 30 and less.  But, infants and young children appear to suffer the most symptoms neurologically.

Even more alarming, is the fact that most conventionally-trained physicians cannot seem to identify any ‘documented’ health condition to diagnose countless patients with today who they imply suffer from ‘ghost’ diseases.

And, just to be clear, electromagnetic frequencies interfere with the human body’s natural resonances (Schumann Resonances) and impede a number of systematic and organ functions including:

However, the dangers of EMFs are even more predominant today than ever before as we transition into higher levels of technology such as 5G cellular technology, smart home innovations, high-powered computers, endless wireless gadgets, ‘smart’ utility meters, and other devices that consumers can’t seem to get enough of.

Because so many individuals are going undiagnosed today, exasperating conditions associated with the dangers of EMFs are often called Electromagnetic Hypersensitivity (EHS) and is sometimes called Idiopathic Environmental Intolerance (IEI).

However, the disclosures and purported results of these ‘studies’ seem to depend a lot on who’s funding the research.

What should we know about radio frequency studies today

If the most recent studies have shown anything definitively beyond the dangers of EMFs themselves, they certainly have correlated the fact that the results highly depend upon who finances such projects and research studies.

According to researcher Dr. Henry Lai from the University of Washington, recent compilations of data concerning funding and ‘facts’ indicate that 70 percent of non-industry funded studies confirmed relationships between EMFs and health declines, while a mere 32 percent of industry funded studies claimed to have found any correlation between health issues and these bombardments.

Obviously, ‘following the money’ can tell us a lot about potential research bias.  But, more importantly, if we feel that EMF pollution is harming our health, what should we do?

For starters, reduce your time spent on any device that emits these frequencies such as cell phones, wireless computers, TV’s, microwaves, Bluetooth devices plus many other high electricity generating devices, in general.

If you have to use these devices, make sure that they are ‘hard wired’ – as much as possible.  And, use a ‘hard wired’ telephone, as often as you can – instead of a cell phone.

To learn more about creating a ‘healthy home,’ listen carefully to this NaturalHealth365 Podcast with Jonathan Landsman.

(NaturalHealth365) Move over turmeric lattes, a study at Penn State has revealed END_OF_DOCUMENT_TOKEN_TO_BE_REPLACED

(NaturalHealth365) Spearmint, also known as garden mint, is a type of mint END_OF_DOCUMENT_TOKEN_TO_BE_REPLACED

Can elderberry prevent the binding of viruses?

(NaturalHealth365) Elderberry (Sambucus), which is part of the honeysuckle family, has long END_OF_DOCUMENT_TOKEN_TO_BE_REPLACED