The benefits of glutathione for IBS are remarkable 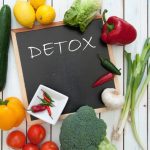 (NaturalHealth365) Although researchers believe that many different factors contribute to irritable bowel syndrome (IBS), inflammation continues to get more recognition as a potential cause of the condition. Many patients who have IBS deal with low-grade inflammation and scientists continue to try to understand why.  One substance, glutathione shows great promise in helping people with IBS.

Research hasn’t completely uncovered the answer to this question. However, since we know there’s a link between inflammation and IBS, then it’s a good idea to explore the use of antioxidants that combat inflammation. Emerging evidence shows the benefits of glutathione – known as the most important intracellular antioxidant – for reducing inflammation and relieving IB symptoms.

Although multiple factors may contribute to IBS, inflammation is becoming more recognized as a possible cause. Even though inflammation levels are generally low-grade, it still can result in intestinal damage that results in dysfunction of the gastrointestinal tract.

Glutathione is an essential antioxidant that plays a critical role within the body. Researchers have become more interested in the use of glutathione as an IBS treatment because research shows how effective it is at reducing inflammation. It’s helped reduce symptoms in patients with inflammatory bowel disease, and it may be just as useful for individuals who have IBS.

One study showed that in patients who had inflammatory bowel disease (IBD), intestinal glutathione synthesis was impaired. This led researchers to believe that therapeutic intervention with glutathione may help. Another study that involved the treatment of IBD with another well-known antioxidant called N-acetylcysteine resulted in an increase in glutathione, which was believed to have contributed to the positive effects of this therapy.

Since glutathione happens to be the most abundant antioxidant within your body, it will likely have similar effects on inflammation as other antioxidants like quercetin and curcumin.

Many patients who deal with IBS are susceptible to side effects that come with conventional (pharmaceuticals) “remedies.”  However, the use of glutathione in humans has an excellent safety history.

Truthfully, there have been very few side effects (if any) experienced, and side effects that have been reported are usually extremely mild.  So, for anyone concerned about trying a new supplement, glutathione is certainly a wise choice offering a great deal of benefits.

While there’s still not a significant amount of specific research surrounding the use of glutathione for IBS, a good look at the literature about this antioxidant indicates it’s a worthwhile, natural option for patients suffering with inflammatory issues.

Early research has shown it plays a crucial role in reducing inflammation and it is being looked at as a potential therapy for IBD patients.  Ultimately, more scientific research is always welcome, but the evidence is clear that with the right nutrition – you can naturally heal the body.

In terms of smart food choices: Eat small amounts of lean (grass fed) meats, eggs (pasture-raised), cooked greens like, kale and collard greens, sprouted walnuts and chia seeds.  The main message here is to eat (only) real food – organic, as much as possible.  Drink clean (purified) water and take nutritional supplements (as needed) to help you in the healing process.

Defeat dementia naturally with some of the best nutrition on Earth, research confirms

(NaturalHealth365) As COVID-19 continues to dominate the news cycle, causing tens of END_OF_DOCUMENT_TOKEN_TO_BE_REPLACED

CENSORED by the media: This at home remedy knocks out viruses safely and effectively