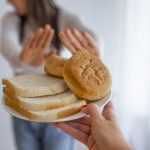 (NaturalHealth365) Are you having trouble with concentration?  Does your brain feel clouded and confused?  Or, maybe, you just feel like you’re losing your mental clarity and creativity.  This frustrating collection of symptoms – medically known as cognitive impairment and informally known as “brain fog” – is unfortunately very familiar to many individuals with celiac disease, an autoimmune digestive disorder that affects roughly 3 million Americans.

Research published in the July 2014 issue of Alimentary Pharmacology and Therapeutics shows that adhering to a strict gluten-free diet causes improvements in cognitive function, sharpening memory, and increasing concentration and comprehension – improvements directly correlated with the extent of the intestinal healing.

Why is this study so significant?

Researchers had suspected that treating celiac disease with a strict gluten-free diet would relieve intestinal symptoms and other related problems.  However, this concept had not been clinically tested until now.

It is interesting to note that not only did improvement occur, but it seemed precisely linked with the amount of healing that had taken place in the small intestine.

In the year-long pilot study, which involved volunteers with newly diagnosed celiac disease, participants were given a battery of cognition tests before the study began, then re-tested at the 12th week and again at the 52nd week.

The tests were designed to assess each participants’ attention span, information processing ability, memory, visuospatial ability, and motor function.  The volunteers worked with sequences of letters and numbers – which tests processing speed and mental flexibility – generated random words – a test of verbal fluency that measures frontal lobe functioning – and memorized lists of words – a test that measures short-term memory and immediate recall.

Did any other testing take place?

Yes.  At weeks 12 and 52, small bowel biopsies were also performed compared to baseline biopsies performed at the beginning of the study.  Researchers also used Marsh scores, which measure damage to the intestinal mucosa and levels of tissue transglutaminase antibody concentrations.

The gluten-free diet caused significant improvement, with a full quarter of the patients achieving mucosal remission by the study’s end; others experienced partial but substantial improvements.  The participants achieved substantial cognitive improvements over baseline and directly related to the level of mucosal healing.

Particularly dramatic was the improvement in quality of attention, verbal fluency, and motor function.

Senior study author Dr. Greg Yelland remarked that the work showcases the importance of a gluten-free diet for those with celiac disease – and that the diet relieves the physical impact of the disease and the intellectual impairments.  On the other hand, untreated celiac disease causes suboptimal levels of cognition that can interfere with the patient’s concentration and memory, thereby affecting their ability to perform everyday tasks.

Celiac disease can cause serious physical and cognitive issues

The University of Chicago Celiac Disease Center estimates that of the 3 million Americans currently affected by celiac disease, a shocking 97 percent are undiagnosed.  A lack of digestive symptoms causes many to be “in the dark” about the condition, which is caused when a protein found in wheat, rye, and barley causes the immune system to attack the small intestine, damaging its lining and the hair-like projections, or villi.

This damage results in impaired absorption of nutrients, leading to osteoporosis and vitamin deficiencies.  In severe cases, patients can suffer amnesia and personality changes; milder cases result in “brain fog.”

While classic signs of celiac disease are diarrhea and weight loss, many people have no digestive symptoms.

A 2008 study published in the Journal of Clinical Gastroenterology showed that elderly patients with celiac disease had cognitive impairments so severe that some had been wrongly diagnosed with Alzheimer’s disease.  When the patients were treated with a gluten-free diet, symptoms subsided.

Going gluten-free can be a challenge, but there’s help

With more than 2,000 gluten-free food items now available in the U.S. – and many commonly found in conventional supermarkets – gluten-free products are big business.  Since 2006, The Food Allergen Labeling and Consumer Protection Act has dictated that all gluten products must be clearly listed on food labels.  Although this makes it easier to go gluten-free, you should naturally first seek diagnosis and treatment with a knowledgeable doctor experienced with celiac disease.

The Mayo Clinic advises that wheat, rye, and barley are not the only foods celiac patients should avoid: bulgur, durum, farina, graham flour, and semolina are also off-limits.

Celiac disease can be a debilitating condition when untreated; however, a gluten-free diet can provide excellent results, improving not only intestinal health but also the counter-productive, frustrating mental condition so colorfully known as “brain fog.”

(NaturalHealth365)  When a person is identified as having “deep pockets,” the connotation END_OF_DOCUMENT_TOKEN_TO_BE_REPLACED