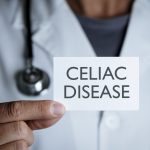 (NaturalHealth365) Unfortunately, toxic chemicals have become so commonplace that many people barely think twice about the products they use. Toxins are found in cookware, furniture, carpets, household products and – most significantly – too many of the foods we eat.  But, while it’s “normal” to see a laundry list of unwanted chemicals listed on most products these days, scientists continue to discover the many ways these substances cause serious health problems.

One new study that was led by researchers from the NYU Grossman School of Medicine discovered that elevated blood levels of the toxins found in fire retardants, pesticides, and nonstick cookware all were linked to a higher risk of celiac disease in young adults and children. Published in the Environmental Research journal, the study sheds light on the serious dangers toxic chemicals pose to us and our children.

Researchers discovered that it was dichlorodiphenyldichlorethylenes (DDEs) – which are pesticide-related chemicals – that were linked to a higher risk of celiac disease. Young adults and children with higher levels of DDEs in their blood had double the risk of being diagnosed with celiac disease compared to those with lower levels.

Additionally, the study found that there was a gender difference in the relationship between toxic exposures and celiac disease. Among females, who are more likely to have celiac disease than men, having a higher-than-normal exposure to pesticides result in them being eight times more likely to develop gluten intolerance.

Potential links between toxic chemicals and other autoimmune bowel diseases

Although celiac disease has long been thought to be primarily genetic, passed down to offspring from their parents, this new study is the first measurable tie-in between the disease and exposure to toxic chemicals in the environment.  According to researchers, these results bring up another question: Is there a link between these chemicals like pesticides and other common autoimmune bowel diseases?

If further studies uncover similar connections, then the evidence could support the idea that autoimmune diseases may be caused by environmental factors, too, not only genetics. More importantly, it’s apparent that we cannot continue to ignore the toxic chemicals that surround us in our everyday lives.

There’s no question: we’re paying a heavy price for them, and so are our children!  For more information about the dangers of toxic environmental chemicals, listen carefully to the shocking NaturalHealth365 Podcast with Jonathan Landsman.