VICTORY for food safety? Multiple GMO seeds to be phased out over the next few years 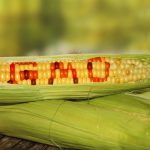 (NaturalHealth365) Long-billed as “seeds of hope” and the technological solution to food production and global hunger, the $55 billion genetically modified food industry is finally being seen for what it’s always been: a deceptive, capitalist example of The Emperor’s New Clothes.  As popular products of biotechnology are no longer offering the same protection against strains of insects and pests, a growing number of farmers are turning to organic and regenerative methods of agriculture, and the Environmental Protection Agency (EPA) might finally be waking up to the horror of what resistant insects and pests really mean for the future of agriculture.

So are the days of GMO seeds numbered?  Maybe.  In an effort to stave off insect resistance, the EPA is proposing phasing out over 40 products, including many Bt corn hybrids and Bt cotton varieties, over the next three to five years.

Right now, however, the phase-out plan is only a proposal.  But it’s a step in the right direction, a small recognition that GMO seeds yield something far more dangerous and destructive than “increased agricultural productivity.”

In January 2021, Mexico banned genetically modified corn and plans to phase out GMO corn imports and the use of glyphosate by 2024.  According to the government decree, “the objective is to contribute to food security and sovereignty and protect native corn, cornfields, bio-cultural wealth, farming communities, gastronomic heritage and the health of Mexicans.”

Has food tech ever cared about how people eat or what they really put in their mouths?  No … the bottom line is always money.  In the guise of innovation and invention, mega-corporations and industry giants are continually attempting to create a reliance on their products, fostering solutions to problems that they created.

It’s an idea playing out in Ethiopia, where according to journalist Britt H. Young, local chickens are being replaced by a hybrid meant to encourage people to eat a more “resilient” chicken, a buzzword referencing the animal’s ability to survive harsh and uncertain climate conditions.

It’s an idea playing out in Malawi, too, where according to Timothy A. Wise in the book Eating Tomorrow: Agribusiness, Family Farmers, and the Battle for the Future of Food, high yield seeds developed by scientists in the Global North are replacing heirloom seeds.  The catch: the “high yields” decline year after year, forcing Malawi farmers who typically save seeds and trade them with their neighbors to buy new seeds.

Similarly, the GMO seed technology developed by Big Biotech has always been a money grab designed to work with a system of agriculture that yields toxic effects, whether it is toxic pesticides that threaten human life, depleted and eroded soils, polluted waterways, or excessive greenhouse gas emissions.

The good news is that a seed industry independent of Bayer, Corteva, and Syngenta is growing and worth an estimated $10 billion.  While we aren’t GMO-free yet, we are trending in the right direction.