Can male “enhancement” drugs INCREASE the risk of cancer? 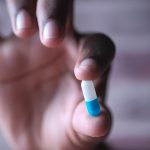 (NaturalHealth365) Viagra, along with other erectile dysfunction (ED) drugs, has been found to increase the risk of melanoma by 84%.  This is according to a new study that found men who regularly use ‘performance enhancing’ drugs, like Viagra, are much more likely to develop melanoma.

A retrospective database review published in the Journal of Urology involved 2.55 million veterans and found that those who received male enhancement drugs had an increased risk of melanoma and basal cell carcinoma. Why risk your life?  Especially when there are so many alternatives to Viagra.  The most startling news of the study showed that men who only took Viagra once doubled their risk of this type of skin cancer.

A large study in JAMA Internal Medicine – that followed nearly 26,000 men who had used Viagra at least once since the study began in 2000 – showed it increased their melanoma risk.

One of the study’s co-authors, Dr. Abrar Qureshi, who chairs the Dermatology Department at Brown Alpert Medical School, stated that Viagra may increase the risks of melanoma because it affects the same genetic pathway that allows skin cancer to become more invasive.  It found that those men who used Viagra a number of times had about an 84 percent greater risk of developing melanoma than men who had not used the medication.  Viagra was the only male enhancement drug studied because, at the time research began, it was the only approved erectile dysfunction medication.

Other erectile dysfunction drugs, such as Cialis and Levitra, work on the same biochemistry and may pose an even greater risk for melanoma because they last longer in the body.

How could any conscious, well-educated physician prescribe this lethal drug?

This study was initiated after prior studies showed that Viagra promoted melanin synthesis, promoting melanoma development.  In addition, published research has linked this drug and other male enhancement drugs to promoting melanoma cell invasion.

That would make Viagra-related melanoma cancers even more dangerous.  In fact, in the lab, Viagra can actually make melanoma more aggressive.

Prescription drugs and over-the-counter medications increase the risk for erectile dysfunction.  The most common ones are high blood pressure medication, diuretics, beta-blockers, and calcium-channel blockers.

In addition, let’s not forget the obvious, underlying emotional problems that can lead to hormonal imbalances, and a poor diet can be contributing factors.

As just stated, depression and other mental health problems are a common cause of ED.  In fact, many of the medications that treat depression will decrease libido even more and actually cause a greater sense of depression.

High blood pressure, high cholesterol, or diabetes damages the arteries that supply the penis with oxygen and nutrients.  Many of the medications that treat these chronic conditions also cause erectile dysfunction.  It’s just a shame that uneducated, misinformed physicians don’t advise their patients about highly-effective lifestyle decisions to replace toxic drug therapies.

How are you feeling?  Hormones play an important role in erectile dysfunction.  Balanced hormone levels are required for normal erections.  Testosterone, estrogen, and thyroid hormones play a key role in sexual function.

Obviously, obesity plays a role in ED as well.  The extra fat cells in men’s abdomen convert testosterone to estrogen, upsetting the normal balance of testosterone and estrogen.  Moving away from processed (junk) food and increasing your consumption of superfoods like cacao, maca, plus herbs like Rhodiola and ashwagandha, can dramatically improve your overall health and performance.

Diabetes, tobacco use and alcohol can increase your risk of ED.  A study done in 2007 found that persistent alcohol use induced ED.  Seventy-two percent of men diagnosed with alcohol dependency syndrome were also diagnosed with sexual dysfunction, including erectile dysfunction.

Lifestyle factors are nonetheless ignored even when it is scientifically known that erectile dysfunction is usually a byproduct of lifestyle.  Anything from weight management to exercise can influence sexual performance.  Let’s get real – a physically active male will usually have better blood flow – throughout their body.

What about vitamins and minerals?

In terms of minerals, zinc is essential for the production of testosterone.  In fact, zinc deficiency is a known cause of impotence.

Selenium increases male potency and sex drive.  Selenium deficiency can cause testis atrophy and decreases the glutathione peroxidase needed by the gland.

Calcium, but not in excess, is also an important nutrient for sexual functions.  It keeps the link between the brain, hormonal glands, and their mechanical processes active.  And, finally, magnesium acts as a calcium channel blocker and counteracts the negative effects of calcium in sustaining an erection.

What else should men know …

In 1999, researchers studied men with ED.  Thirty-one percent of those taking 5 grams a day of L-arginine experienced significant improvements in sexual function.

A second study, published in 2003, showed that L-arginine (1.7 grams/day) combined with pycnogenol – a plant product from tree bark (40 mg, 2 to 3 times a day) – restored sexual ability to 80 percent of participants after two months, and to 92.5 percent after three months.

Let’s be honest.  The surge of ED drugs is a result of treating erectile dysfunction as an “isolated” condition.  But, modern medicine’s mechanistic approach doesn’t address the true cause of any chronic health problem.  A comprehensive intervention that involves hormone testing, dietary intervention, and weight management will be the most effective path toward optimal health and vitality.

(NaturalHealth365)  According to the American Cancer Society, “There is no information that END_OF_DOCUMENT_TOKEN_TO_BE_REPLACED

(NaturalHealth365)  Horsetail – a tall, shaggy weed that grows in wetlands and END_OF_DOCUMENT_TOKEN_TO_BE_REPLACED