Rethinking mushrooms: Why this SUPER food is great for your health and the real “sustainability” of this planet 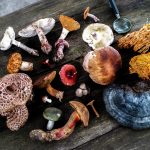 (Natural Health365) Our ancient ancestors documented the health benefits of mushrooms as early as 200 or 250 CE in the book The Divine Farmer’s Materia Medica, a fundamental text on Chinese wellness practices, medicinal plants, and agriculture.  From China’s Reishi mushroom, which is known for its immune-supporting properties, to Finland’s Chaga mushroom, it supports antioxidant pathways, the health benefits and ecological and culinary potential of fungi are as diverse as the number of species that dot the forest floor.  But our relationship with mushrooms is complicated.

For every semi-obsessed forager scouring the woods for wild chanterelles, there are those who are wary of mushrooms and don’t like the idea of eating fungus.  Perhaps they’re worried they’ll get poisoned, or maybe that slimy mushroom pizza experience they had as a child forever ruined the food for them.  Nevertheless, it’s time to reconsider the mushroom, not just because fungi are gentle on the planet and the great recyclers of the natural world but also because they can be the sustainable superfood of the future.

Mushrooms are healthy on the plate and gentle on the planet

According to a 2017 study by SureHarvest, to grow and harvest a pound of fresh mushrooms in the U.S. requires only 1.8 gallons of water, 1.0-kilowatt-hours of energy, and generates only 0.7 pounds of CO2 equivalent emissions.  In woods and forests, mushrooms break down organic material and create healthy soil by making its raw materials available again for the ecosystem.  Mushrooms might be the earth’s most sustainable food, but it’s not the only thing that makes them super.

Mushrooms are packed with vitamins, minerals, and other nutrients, including vitamin D, vitamin B6, folate magnesium, zinc, and potassium.  Fungi are rich in antioxidants such as ergothioneine and selenium, reducing inflammation and improving immune function.  Coming in different shapes, sizes, and colors, mushrooms are a gastronomically versatile, low-carb, practically no-fat food that can replace meat as a main course or work as a side-dish.

Are people finally getting out of that slimy mushroom pizza mind-set?

There are more than 2,000 edible mushrooms in the world, but 90 percent of the fungi people cook are the cultivated basic Portobello and white buttons.  Classics like Shiitake are also popular.  However, food trends are changing, and fungi-inspired companies fill a new niche with alternatives to conventional mushrooms.

A heightened interest in foraging and locally-sourced ingredients coupled with an aversion to tech meat (Impossible Foods, Beyond Meat, etc.) has done wonders for the reputation of the mushroom, turning it from culinary curiosity to mainstream star.  Generally speaking, consumers are more comfortable with this weird organism, finding that it’s easy and versatile to cook and respecting the fact that responsible cultivators use timber waste that would otherwise end up in landfills to sprout their mushrooms.

Whether you’re buying local, foraging for native varieties, or sprouting your own at home with a grow kit (Smallhold is a well-recognized brand in organic mushroom grow kits), the health benefits mushrooms provide are as complex as the ecosystem from which they come.

(NaturalHealth365)  If you need yet another reason to eat your veggies, here’s END_OF_DOCUMENT_TOKEN_TO_BE_REPLACED