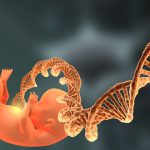 Unfortunately, this growing consensus is not based on “new” data.  In fact, the call for “precautionary action” is based on at least 25 years of scientific data involving thousands of mothers and children.

Acetaminophen (also called APAP, or paracetamol outside the United States) is in the spotlight thanks to a consensus statement published in Nature Reviews Endocrinology.

The September 23, 2021, statement, endorsed by an international team of 91 scientists, public health experts, and medical doctors, states that pregnant women should “forego [acetaminophen] unless its use is medically indicated.”

One possible medical indication would be fever reduction, as maternal fever is a known cause of neural tube defects.  However, research indicates the majority of pregnant women who take acetaminophen are doing because of things like headaches and back pain – not fever.

The question is:  Do pregnant women (and their healthcare providers) truly understand the possible risks associated with this common over-the-counter drug?  Just looking at the drug insert for acetaminophen should be a reason to pause, where it admits that it “is not known whether acetaminophen can cause fetal harm when administered to a pregnant woman.”

In a statement to CNN, Dr. Shanna Swan, co-author of the consensus paper and professor of environmental medicine and public health at the Icahn School of Medicine at Mount Sinai in New York, says there’s a “significant body of evidence that suggests that [acetaminophen] disrupts the reproductive development of animals and humans.” This includes evidence showing that acetaminophen use in pregnancy increases the risk of undescended testicles in male offspring, which is associated with decreased fertility and sperm count later in life.

In their consensus statement, the global team of researchers points to years of concerning data, including 29 observational studies including more than 220,000 mother-child pairs showing adverse neurodevelopmental outcomes.

It’s not clear yet how acetaminophen can damage developing babies, but the drug is known as an endocrine disruptor.  (Two other popular pain relievers, aspirin, and ibuprofen are already linked to birth defects.)

Of course, acetaminophen is no stranger to adverse health effects.  It remains the leading cause of drug-induced acute liver failure in the United States and is a leading cause of emergency department visits and hospitalizations.

The negative impact of acetaminophen isn’t limited to fetuses only.  Ten years ago, Reuters reported on a study from The Journal of Urology which found that men who regularly used over-the-counter painkillers like Tylenol were almost 40% more likely to suffer from impotence.

Why would officials rush to expose pregnant women and young children to new injections?

Why, after years of support from the U.S. Food and Drug Administration, the American College of Obstetricians and Gynecologists, and other organizations, is acetaminophen during pregnancy coming under fire?

Dr. Swan puts it simply: the growing accumulation of data over time.

“As time progresses,” she states, “stronger and stronger evidence suggests that we’ve only been underestimating risk [of maternal acetaminophen use.]”

This is an important statement, especially in the context of brand-new mRNA injections currently being pushed on pregnant women and children – despite the complete lack of long-term safety data.

Is the potential benefit of these drugs truly work the known and unknown risks?  Should pregnant, nursing, and trying to conceive women truly have to choose between taking these drugs or else lose their jobs and lose access to public spaces?  Is this ethical?

(NaturalHealth365)  Alarmist headlines are worth approaching with a healthy dose of skepticism.  END_OF_DOCUMENT_TOKEN_TO_BE_REPLACED