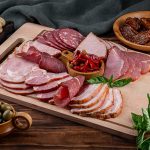 (NaturalHealth365) Despite the overwhelming amount of evidence linking processed meat with an increased risk of cancer and mortality, Americans seem to have trouble kicking the habit. Lunchmeat, sausage, hot dogs, ham and bacon, are the most popular types of processed meat Americans have enjoyed for decades.

However – new research, including a total of 120,852 participants – confirms the alarming relationship between processed meat consumption and increased cardiovascular, respiratory, and overall mortality.  Researchers found that substituting processed meat with other protein sources lowered mortality risks.

A deadly love affair without concern over processed meat risks

It is hard to imagine a baseball game or a picnic without hot dogs or some other meat.  Kids and adults alike have a long-standing emotional attachment to these foods.

Processed meats have been a fundamental part of the all-American food culture.  Eating processed meat, however, does come with serious risks to our health. Colorectal cancer, diabetes, obesity are only some of the associated negative health effects.

Let’s face it; Americans eat more than enough processed meat to cause major health risks. According to a Harvard research study, increasing processed red meat intake by just half a serving a day can raise the risk of mortality over the next eight years by 13 percent.

WHO classifies processed meats as Group 1 carcinogens, same as smoking

A review study examining 800 epidemiological studies worldwide concluded that eating hot dogs and other processed meats every day increases the risk of colorectal cancer.  Study authors also found that the risk increased with the amount of processed meat consumed. As a result of these findings, in 2015, the World Health Organization classified processed meats as a Group 1 carcinogen.

Without a doubt, a Group 1 classification warrants the need to inform the public about the health risks associated with their decades-long eating habits. Yet, most people are still unaware that processed meats pose a danger to their health. Everyone should know that these foods are now listed alongside other cancer-causing activities such as smoking and asbestos exposure in the Group 1 category.

WARNING: Nitrites are the probable cause of harm caused by lunch meats

While scientists are still unclear about what makes processed meat so cancer-causing, many have pointed at heme compounds, nitrosamine, and the formation of free radicals. Meats containing nitrites and nitrates seem to be the most troubling.

Most commercial lunch meats contain nitrites. The meat industry uses sodium nitrite as a preservative and colorant to give the meat an appetizing pink or red shade. The problem with sodium nitrite is that it can form nitrosamines, molecules that cause cancer under certain conditions.

Nitrosamines are highly cancer-causing compounds that increase your risk of stomach, pancreatic, and colon cancers.  Cancer, however, is not the only risk scientists associated with nitrites.  Studies found that nitrate-cured meats could negatively impact mental health and cause mania, especially in people who already have bipolar disorder.

While eliminating your cancer risk is not possible, you can reduce it by avoiding processed meats. The American Institute of Cancer Research recommends eating as little processed meat as possible. Remember, there is no safe amount of processed meat, so it is best to avoid it altogether.

If processed meat products have been part of your diet for a long time, you may find it hard to completely cut them out. Consider these tips to reduce the amount you eat.

(NaturalHealth365)  Organic produce sales are booming around the world.  Of course, by END_OF_DOCUMENT_TOKEN_TO_BE_REPLACED

(NaturalHealth365)  How many vibrant green superfoods do you consume daily?  If it’s END_OF_DOCUMENT_TOKEN_TO_BE_REPLACED

(NaturalHealth365)  For many people, eating cranberries is a sort of “one-off.”  A END_OF_DOCUMENT_TOKEN_TO_BE_REPLACED