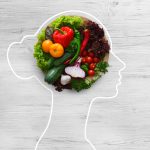 (NaturalHealth365)  Alzheimer’s patients (and their families) know this is true: cognitive function doesn’t improve by taking pharmaceutical medications.  In reality, prescription drugs have failed to prevent or halt the progression of this dreaded condition.

Billions of dollars have been spent on ineffective drug therapies, while the real answer is in your local farmers’ market or health food store.  In fact, recent studies show that diet has a powerful effect on cognitive function.  Let’s discover what the research has found.

Over the years, the U.S. Food and Drug Administration (FDA) has cleared many drugs for memory loss.  Approved medicines such as Eisai’s Aricept eased some symptoms – without slowing or stopping dementia.  In fact, a joint United States-European Union task force, in 2011, found that all the treatments in the previous decade failed to do their job.

Do these horrific side effects sound like what Alzheimer’s patients really need?

By the way, bexarotene was approved without much testing in humans, and no one even knew the dosage needed to get results.  Plus, it failed to help slow down the disease.

Then, Big Pharma tried to pass off statins as a treatment for Alzheimer’s disease.  But, a pilot study found that taking statins worsens brain function for Alzheimer’s patients.

To know what works, you have to understand that Alzheimer’s disease is, in part, brought about by a nutritional deficiency.  It is a known fact that nutrients markedly enhance cognitive function.

Alzheimer’s is a disease that will respond to lifestyle changes, just like weight management issues, cardiovascular disease, type-2 diabetes, and cancer.  In addition, nutrients have been shown to normalize insulin levels and prevent metabolic syndrome – which contribute to memory problems.

Scientists have now isolated the vitamins, minerals, fatty acids, and lifestyle factors that are becoming the best hope for patients.  A study published in the Proceedings of the National Academy of Science showed that vitamins B6 and B12 combined with folic acid slowed brain atrophy that follows Alzheimer’s disease.  Older adults are usually deficient in B12, which may account for their memory problems.

Many whole foods with B6 include grass-fed beef, potatoes, beans, and some cereal grains.  Folic acid is found in leafy greens such as spinach, fenugreek, turnip greens, and asparagus along with many other fruits and vegetables.

Novel nutritional interventions include magnesium, which plays a role in protecting the brain’s structure and function.  The absorbable form of magnesium called magnesium L-threonate has been shown to rebuild ruptured synapses and restore neuron connections.

Half of all aging individuals are magnesium deficient.  Scientists have proven that magnesium is important to the central nervous system and promotes synaptic density and plasticity, essential for optimal learning and memory.

Looking for more magnesium in your diet?  Be sure to eat plenty of (organic) green leafy vegetables such as spinach, kale, collard greens, and Swiss chard.  In addition, eat some nuts and seeds such as soaked almonds, pumpkin seeds, sunflower, sesame seeds, and avocados which are loaded with vitamins and minerals.

Finally, don’t forget to eat coconut oil, which is particularly beneficial to cognitive function according to recent research.  Organic virgin, cold-pressed coconut oil is easy to find and incredibly versatile.

Talk about wasteful spending: When will they learn?

(NaturalHealth365)  Every 34 seconds in the United States, somebody dies of heart END_OF_DOCUMENT_TOKEN_TO_BE_REPLACED

(NaturalHealth365) You’ve probably heard that too much sugar harms your health.  Sugar END_OF_DOCUMENT_TOKEN_TO_BE_REPLACED