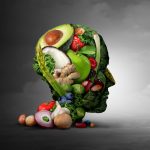 (NaturalHealth365)  Most people have heard of the gut-brain axis yet do not understand what it is all about.  The gut-brain axis plays an important role in the context of nutrition and human health.

Several studies have determined that gut bacteria composition can have a considerable impact on nervous system functionality as well as mental health.

Here is how the gut and brain are connected

Think back to the last time you lost your appetite after being stressed out or suffering a significant setback.  Such a loss of appetite is an example of the gut-brain axis.  In plain terms, the gut and the brain are connected to one another.

There is ongoing communication between the gut and the brain, meaning when the two are not synched up, they will lead to health problems.  In more technical terms, the complex communication system between the brain and the intestines’ viruses, fungi, and bacteria is quite delicate, and disruptions can lead to significant health issues.

Why does nutrition matter to the gut-brain axis?

Nutrition affects gut-brain axis communication much more than most people assume.  Those with a healthy diet tend to find that the growth of helpful bacteria shapes the microbiome and halts potentially harmful microbiomes.

However, diet is not the only factor that can alter the microbiome.  Other factors ranging from complications during the birthing process to the use of antibiotics, stress, and irritants in the environment can also compromise the gut-brain axis.

Although studies have shown that gut bacteria can have an impact on nervous system functioning and mental health, those who eat foods loaded with too much salt, sugar, and (toxic) fat and have nervous system problems cannot automatically attribute the issues to their diet.  However, as studies have revealed, there is a meaningful connection between nutritional intake, gut health, and the nervous system, so eating healthy certainly won’t hurt.

Neurotransmitters act as messengers between the gut and brain

Neurotransmitters are chemicals that send messages between the gut and the brain.  The brain’s synthesis of neurotransmitters helps to regulate emotions.  Recent studies reveal such compounds are important in the context of the gut.

Serotonin, dopamine, and other neurotransmitters regulate blood flow, the absorption of nutrients, bowel movements, and the gastrointestinal immune system as a whole.

What is dysbiosis all about?

Dysbiosis is a medical term that describes compromised gut microbiomes.  Evidence shows dysbiosis may play a meaningful role in both neurological and mental diseases.  When dysbiosis occurs, the pathways of the gut-brain axis are not regulated properly, meaning the barrier between the cardiovascular and central nervous systems becomes more permeable.

The result of the leak is the blood-brain barrier becoming inflamed.  Neuroinflammation tied to the gut has been linked to the development of diseases ranging from Parkinson’s disease to Alzheimer’s Disease, stroke, and multiple sclerosis.

Adding salt to the wound is the fact that a compromised gut-brain axis even has the potential to spur weight gain and cause alterations to the ability to control one’s satiety, eating behavior, and metabolism.  It is also worth noting a study from 2020 shows that disturbing the gut-brain axis signal can result in a heightened desire for the taste of sugar.

(NaturalHealth365)  More than 4,500 published studies have created a powerful body of END_OF_DOCUMENT_TOKEN_TO_BE_REPLACED