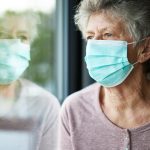 (NaturalHealth365)  Social isolation, “the absence or near absence of social connections or relationships,” and loneliness are not healthy.  There is evidence of an association between living socially isolated and adverse health effects, such as depression, anxiety, various physical stress responses, decreased immunity, and more.

However, researchers have now established a strong link between social isolation and dementia later in life.

The study, published in Neurology, the medical journal of the American Academy of Neurology, used data gathered from the UK Biobank.  Researchers found that socially isolated individuals had a 26% greater probability of developing dementia than a socially active person.  Those older than 60 are the hardest hit.

A 2021 study concluded that the forced social isolation that affected most people during the COVID-19 pandemic initiated a domino effect of repercussions regarding mental health.  It examined dementia patients and their caregivers, exploring the impact of that social isolation.  More than 50% of dementia patients experienced a decline in memory function; more than 30% felt sadder, while almost 40% experienced an increase in their anxiety symptoms.

This increase in anxiety symptoms caused a rise in dementia symptoms, including agitation, hallucinations, and difficulty in daily life activities.  In short, it made the patients’ dementia worse.

The Centers for Disease Control and Prevention (CDC) cites several studies that point to health risks associated with social isolation in adults over 50.  Studies show that social isolation can increase the risk of:

In addition, heart failure patients who were socially isolated had:

Here is what to do to reduce your dementia risk

There are many steps individuals can take to decrease their risk of dementia.

Senior centers or senior daycare facilities can be a good way to help adults get some social interaction.  In the event of another pandemic with forced isolation, there should be plans in place for older adults who may suffer greatly from loneliness and isolation.

And let’s remember that humans of all ages are social creatures.  We thrive on interacting with others.  We also know that during the COVID-19 pandemic, social isolation was ineffective in stopping the spread of the so-called “virus.”  So in the next round of pandemic, before complying with potentially harmful government-mandated lockdowns, shouldn’t we demand evidence from our health authorities that support the alleged rationale for over-reaching pandemic control measures?

(NaturalHealth365)  The Wall Street Journal (WSJ), an organization that reports the news, END_OF_DOCUMENT_TOKEN_TO_BE_REPLACED