5 INCREDIBLE health benefits of tea tree oil you should know 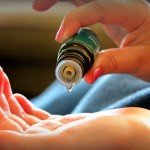 (NaturalHealth365) For millennia, the indigenous people of Australia have prized the oil of the tea tree or Melaleuca alternifolia.  The aromatic oil from this evergreen tree contains powerful antibacterial, anti-fungal, antiviral and anti-proliferative compounds known as phytochemicals.

Why should I care about tea tree oil?  These botanical elements offer a range of health benefits, from clearing acne and athlete’s foot to eliminating dandruff, alleviating periodontal disease’s effects to speeding up wound repair, and even preventing the growth spread of cancerous tumors.

Concerned with the overuse of antibiotics?  Could tea tree oil be used as an alternative?

History would suggest the answer is yes. The tea tree’s name stems from 18th-century explorer Captain Cook, whose sailors made tea from the tree’s leaves while exploring the Australian coastline.  Despite its name, however, the Melaleuca tree isn’t related to the plants commonly used to make black or green tea.

Unfortunately, most conventionally-trained physicians have never learned about the healing properties of natural plant compounds.  Perhaps shocking to most doctors, tea tree oil was commonly used as an antiseptic in surgery, burn, and dental care applications before the widespread use of antibiotics.

Here are the top 5 health benefits of tea tree oil

According to the American Academy of Dermatology, one of the most common skin conditions, acne, affects as many as 50 million Americans – and 85 percent of people experience acne at least once in their lives.  Tea tree oil contains high levels of terpenin-4-ol, a terpene alcohol that eliminate many common germs, bacteria, and fungi.

Studies indicate that tea tree oil is just as effective at killing the microorganisms that cause acne as benzoyl peroxide, a commonly prescribed treatment.  However, the tea tree works without all of the benzoyl peroxide’s unpleasant side effects, says the Linus Pauling Institute.

The potent terpene alcohols in tea tree oil inhibit fungi’ growth, such as the types that cause athlete’s foot or Tinea pedis.  Multiple studies indicate that this oil, both when applied alone and in combination with other essential oils, is effective at eliminating the fungi-yeast overgrowth that causes athlete’s foot.

Studies also indicate that the oil is an effective treatment for the microbes that cause toenail fungal infections, according to the NYU Langone Medical Center.

A 2002 study found that using a shampoo that contains a 5% concentration of tea tree oil effectively eliminated the growth of the yeast Pityrosporum ovale – a known cause of dandruff.  Participants in the study reported a decrease in flaking, scaling, itchiness, and greasiness after 4 weeks of use.

Tea tree oil kills many of the bacteria associated with periodontal disease and gum inflammation, according to a 2011 study.  So, for infected gums, you can try swishing a few drops of the oil in some warm water or put a drop or two in your toothpaste and brush for about 2 minutes.  Either way, do not swallow any of the oil and it will help to reduce the number of harmful bacteria in the mouth.

By the way, another great oral health remedy is neem oil to boost immunity by killing pathogens.

According to Memorial Sloan Kettering Cancer Center, multiple studies indicate that the terpenin-4-ol in tea tree oil inhibits the growth of melanoma cancer cells.  The oil’s cytotoxic effects have been shown to slow cancer cell proliferation, suggesting promise in the area of cancer treatment and prevention.  Naturally, no one is suggesting to treat cancer with just this oil, but it’s good to know that nature provides many anti-cancer therapies without toxic side effects.

Just to be perfectly clear, if you’re ever diagnosed with cancer and want to incorporate natural remedies, it’s essential to find a qualified (experienced) medical professional to help in the healing process.

Tea tree oil is regarded as safe for topical use; though side effects are rare, they may include skin irritation or redness.  Diluting it in a carrier oil, such as sweet almond or avocado, may eliminate any skin irritation.  Remember, this oil is not for internal use or consumption, as it is toxic in large amounts.

This natural oil is available in various forms, from soap, toothpaste, and shampoo to lotions, creams, gels, and essential oil.  So, I encourage you to learn more about these natural remedies and enjoy the self-empowering journey.