WARNING: Too much of this mineral increases your risk of diabetes 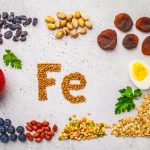 (NaturalHealth365) According to the U.S. Centers for Disease Control and Prevention (CDC), diabetes has reached epidemic proportions, as over 1 in 10 Americans lives with the disease.  In addition, the newly released National Diabetes Statistics Report revealed that a staggering 88 million adults have prediabetes.

Scientists have long known that being overweight and physically inactive are significant risk factors for developing type 2 diabetes.  A new study published in a peer-reviewed scientific journal, Nutrients, found that besides poor weight control, genetics, inadequate diet, and lifestyle choices, too much iron in the body may lead to the development of the disease.

Decades of research produced multiple theories, NO clear evidence to explain why diabetes develops in some people, but not in others

While it is clear that in the diabetes disease process, a decline in beta-cell function occurs, scientists have only theories to explain why some people can compensate for the loss of beta-cells and others cannot.

According to one theory, beta cells begin to fail early in type 2 diabetes, which leads to a rise in glucose levels in the blood.  The high levels of circulating blood sugar are toxic to the beta-cells, accelerating their failure and death.  As the beta-cells die, blood glucose gets more difficult to control, and the process speeds up.

The above theory is only one of many.  Studies have also pointed to genetics and immune system reactions.  However, the idea that iron overload may lead to diabetes is much less-appreciated in clinical practice, as most physicians aren’t familiar with it.

Could iron overload lead to diabetes?  A study of over 200,000 seeks to find the answer

Although previous studies have linked elevated serum ferritin levels to an increased risk of type 2 diabetes, the results were conflicting.  Namely, the studies were unable to determine if high iron levels present in the body were an independent risk factor for the disease.

In this new study, researchers examined the medical information of 206,115 people between the ages of 35 and 75.  After an 8.4 year follow-up, authors found that serum ferritin levels were generally higher among those who ended up developing the disease.

Without adjusting the study results by removing other possible contributing factors (such as gender or body mass index), the findings suggest that looking at serum ferritin levels could help predict who is more likely to develop diabetes down the road and who is not.

This simple blood test can aid in the prevention of diabetes

Studies have shown that newly diagnosed diabetics live with the disease for many years before diagnosis.  Organ damage develops slowly, and the initial symptoms may be so subtle that you may not even notice them.  A simple blood test checking your serum ferritin levels can give your doctor an early warning signal way before any symptoms develop.

If your iron levels are too high, your doctor will need to figure out the cause.  The primary reason for too much iron in the body is typically a genetic condition called hemochromatosis, where the body absorbs too much of the iron consumed from food.  If too much iron in your body is due to this condition, it is essential to lower your dietary iron sources.

These dietary factors affect how your body absorbs iron

It is not enough, however, to lower the high iron-containing foods in your diet.  You should also consider dietary factors that affect how your body absorbs the iron obtained from your foods.

Here is what to eat if you have too much iron