Too much sitting increases risk of early death, study warns 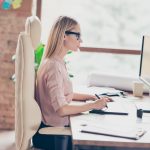 (NaturalHealth365)  Most people have heard about the dangers of excessive sitting.  However, up until recent years, the academic and scientific communities didn’t perform extensive research into the subject matter.  We are now beginning to understand just how harmful excessive sitting is for human health.

Recently published scientific research indicates excessive sitting can prove hazardous to health and well-being.  The worldwide study surveyed more than 100,000 people in 21 countries.  The study determined individuals who sit between six and eight hours each day have about a 12% increased risk of early death along with the same percentage increase in risk for heart disease.  Furthermore, the research also revealed individuals who sit for eight or more hours per day are 20% more likely to suffer heart disease and early death.

The study, spearheaded by Scott Lear, a Simon Fraser University health sciences professor, and Wei Li of the Beijing Chinese Academy of Medical Sciences, has the potential to be the catalyst that changes how people view sitting at work, school, home, and elsewhere.  The research tracked participants across slightly more than a decade to get a sense of whether prolonged sitting is more likely to lead to heart disease and/or premature death.

The researchers found excessive sitting caused health issues in people in all nations.  However, the research also found that individuals in lower-income nations suffered higher rates of both heart disease and early death than those in more developed nations.  The results of the study were recently published in the JAMA Cardiology journal.

BAD NEWS: Too much sitting has detrimental effect on overall health

What matters most is that those who sat more than others and had the lowest levels of activity endured the highest risk for heart attack and early death, upwards of 50%, as opposed to those who sat excessively yet also had the most activity.  The results of the study show it is important that everyone reduce the amount of time they remain seated throughout the morning, day and night.  Ideally, exercise will be mixed in between periods of extensive sitting.

Create a habit of getting up and moving after a lengthy period of sitting, and you’ll significantly improve your physical and mental health.

Tips for incorporating movement into your day

If you are like most people, you work in a cubicle or office setting, are retired or are in school.  If you work indoors, you are likely seated for the majority of the day, meaning it is imperative that you jump right into an exercise session immediately after work ends.  Stand up and stretch out your muscles at least once every two hours.  Do some floor exercises on a mat such as crunches, sit-ups, pushups, Pilates, and yoga.

Step outside into the fresh air and sunlight, take a walk, jog, or bicycle around the block for at least half an hour, and gradually transition back to your regular seated position.  If you have physical limitations, arthritis, or cannot exercise for another reason, do what you can, even if it is standing up and puttering around the house as you clean, complete chores, and live at least a semi-active lifestyle.

Protect brain health and lift mood with this natural compound