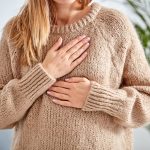 (NaturalHealth365) Atrial fibrillation (sometimes referred to as AFib) affects an estimated 2.7 million Americans, and this heart rhythm disorder increases the risk of stroke, heart failure, blood clots, and additional complications.  This point can’t be overemphasized: AFib is responsible for between 20-30% of all strokes and can significantly increase the risk of premature death.

Some of the symptoms of atrial fibrillation include shortness of breath, heart palpitations, irregular pulse, racing heart rate, chest pain, dizziness, and fatigue. These symptoms are often stressful for patients, resulting in anxiety and limiting their ability to lead normal lives. However, new research has found that practicing yoga regularly eases the symptoms associated with AFib.

Got atrial fibrillation?  Discover why the practice of yoga could prove to be a “lifesaver”

Researchers decided to investigate whether yoga – which is known for offering many health benefits – would ease the symptoms of patients diagnosed with atrial fibrillation.  More than 500 patients were enrolled in the study, and they started with 12 weeks of no yoga, monitoring patient symptoms.

Then, patients did 30-minute yoga sessions, including breathing and postures, every other day for 16 weeks. During those 16 weeks, they were encouraged to practice the breathing and movements daily at home, too.

Patients recorded their symptoms and AFib episodes in a diary during both the non-yoga and yoga periods. Certain patients wore heart monitors as well to verify any atrial fibrillation episodes.

Each patient completed depression and anxiety surveys as well as a questionnaire that assessed their mood, energy levels, and ability to keep up with routine daily activities. Researchers also measured blood pressure and heart rate.

According to researchers, this new study shows the wide range of mental health and physical benefits for patients diagnosed with A-fib. But yoga offers additional health benefits from which anyone can benefit.

Some of the science-backed benefits include:

The main message of this article is clear: lifestyle changes can have a profound (positive) effect on heart health and overall wellbeing.  Work with a qualified healthcare provider and enjoy the rewards of a healthy lifestyle.

(NaturalHealth365)  You may have heard the saying attributed to Benjamin Franklin: “early END_OF_DOCUMENT_TOKEN_TO_BE_REPLACED

Daily serving of this “eggs-cellent” food can protect your heart, study suggests

(NaturalHealth365)  Over the past 40 years, the egg has gone from being END_OF_DOCUMENT_TOKEN_TO_BE_REPLACED

“Un-gray’ your hair by making these simple lifestyle changes

(NaturalHealth365)  These days it’s tough to avoid stress.  It seems that the END_OF_DOCUMENT_TOKEN_TO_BE_REPLACED