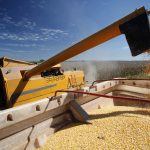 (NaturalHealth365) First, there was the smell … the lime green mash of fermented grains at the nearby AltEn Ethanol plant creating a toxic wasteland by releasing a stench that irritated people’s eyes and throats and caused nosebleeds.  Then, colonies of bees died off, and birds and butterflies appeared disoriented.  With its red flags and bio-indicators, the scene unfolding in the small farming community of Mead, Nebraska, has all the troubling hallmarks of a contamination event, so what’s going?

AltEn, an ethanol plant that is supposed to help the environment by turning high starch grains like corn into ethanol, is threatening people’s health and polluting the water and soil.  Advertised as a “recycling” location, AltEn should be an unlikely cause of contamination and toxic pollution. Still, it appears that turning corn into biofuel isn’t as green of practice as mainstream media would have us believe.

Unlike many other U.S. ethanol plants, AltEn processes seeds coated with fungicides and insecticides, including neonicotinoids or neonics, a severely toxic class of chemicals.  The waste byproduct, a “wet cake” laden with neonics and other dangerous pesticides (clothianidin, thiamethoxam), accumulates on the ethanol plant’s ground, a storage solution known as a plant lagoon.

Researchers say the byproduct is polluting the water and soil and threatening the health of people and animals.  And according to residents in Mead, the not so friendly source for alternative auto fuel sits on top of an aquifer that provides water to the southeastern part of the community.

Steer clear from conventionally grown corn and soy. Here is why

Neonics are the most widely used pesticides globally and are regularly applied to corn, soy, sugar, cotton, canola, and wheat.  The Environmental Protection Agency (EPA) considers neonics in food and water safe at a range of up to 70 parts per billion (ppb) depending on the specific pesticide.  But the truth is, the toxic class of chemicals continues to draw negative headlines for the health risks and the environmental danger it poses.

Several studies show neonics impact human health by disrupting hormonal systems.  The danger neonics pose to birds and wildlife is also well documented.  According to a study published in Nature Sustainability, the increased use of neonicotinoids puts bird species at risk across the U.S. as the chemicals manifest in the stalk, nectar, and pollen of plants.

Let’s face it, these “not so green” practices do far more harm than good

AltEn is just another link in the toxic chain associated with pesticide-coated seeds, a systemic technology that began in the early 2000s when chemical companies like Bayer AG and Syngenta developed neonics to treat crops.  Today, it’s nearly impossible for farmers to access uncoated seeds.  Researchers estimate that 95-99% of all corn seed in the U.S. is coated with neonics.

The unnecessary application and overuse of chemicals is one problem, and being complicit, like AltEn, with Big Agro warlords is another.

It’s time to enlist the aid of state political leaders and advocates for agricultural change.  In addition, we need tighter regulations of the pesticide-coated seeds marketed by big companies such as Bayer AG and Syngenta.  And, above all (of course!), avoid buying genetically-manipulated corn or soy products.

(NaturalHealth365)  The typical Western diet is loaded with sugar, and this is END_OF_DOCUMENT_TOKEN_TO_BE_REPLACED