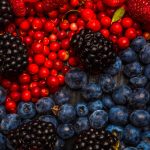 (NaturalHealth365)  A recent study shows resveratrol improves cognitive performance.  Though resveratrol does not receive considerable attention from the mainstream media, it is becoming increasingly clear that it provides several benefits for human health.

Though resveratrol is a relatively unknown compound, it is quite beneficial.  Resveratrol can significantly affect several responses, both inflammatory and non-inflammatory, safeguarding the body’s tissues and organs.  Resveratrol’s protective qualities result from its interactions with immune cells and activity on the protein called Sirtuin 1 or SIRT1 for short.  SIRT1 is an important protein linked to metabolic and inflammatory stressors.

In terms of resveratrol’s anti-aging impact, the compound has been shown to mitigate the aging process.  The mediation of anti-aging effects occurs with pathway alterations.  Resveratrol binds to molecules that signal to cells, trigger transcription factors, deter protein kinases and modulate certain regulatory genes.  In other words, resveratrol is essential in the quest for slowing the aging process, especially in preventing the development of diseases.

The study referenced above included a group of women between the ages of 45 and 85.  Each of the participants took 75 mg of a trans-resveratrol or, alternatively, a placebo two times per day across a period of an entire year.  The participants then switched over to the opposing treatment for the next year.

The results of the study reveal resveratrol has a positive impact on human health and aging, as detailed above.  To be more specific, those in the study who took the resveratrol supplement enjoyed a significant 33% hike in cognitive performance and a relative enhancement in terms of verbal memory.  In addition, ongoing supplementation with a low dose of resveratrol also showed promise, positively impacting the patient’s cognition, sensitivity to insulin, and cerebrovascular function.

If you are worried about not getting enough resveratrol, you are not alone.   Most people are unaware of what foods contain it.  Make a new grocery list highlighted by berries, grapes, red wine, and other foods rich in polyphenols, and it won’t be long until you are chowing down on resveratrol.

The resveratrol, polyphenols, and pterostilbene contained within blueberries and grapes have shown to be especially beneficial.  Such resveratrol within the fruits modulates aging signs ranging from shortening telomeres to oxidation damage, cell senescence, and more.

So don’t be bashful when it comes to fruits the next time you are at the grocery store.  Load up on organic grapes, blueberries, and other berries, mix those fresh fruits into your cereal, oatmeal, and other dishes and you’ll rest easy knowing you have consumed enough resveratrol to help ward off disease, enhance cognition and ultimately slow the aging process.  Also, be sure to load up on cranberries while you have the opportunity, as they also have the potential to provide significant neuroprotective benefits.

Sources for this article include

(NaturalHealth365)  Horsetail – a tall, shaggy weed that grows in wetlands and END_OF_DOCUMENT_TOKEN_TO_BE_REPLACED

(NaturalHealth365)  Every 34 seconds in the United States, somebody dies of heart END_OF_DOCUMENT_TOKEN_TO_BE_REPLACED