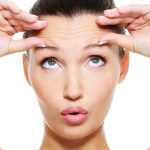 (NaturalHealth365) Everyone ages, and certain things happen in the body as a result.  One of the most hated signs of aging is sagging, dull skin with lines and wrinkles.  Every year, people spend billions of dollars trying to find the magic bullet to help them retain their youthful appearance.  They buy expensive creams and lotions, spend thousands on invasive treatments, and even go under the knife just so they can “beat” the aging process.

The thing is, science says all that isn’t necessary.  So here are five natural remedies that have been clinically proven to reduce the signs of aging.

Aloe vera has long been used topically for soothing inflamed skin, but it seems that taking it orally has some benefits too.

They took the supplements every day for 90 days.  As a result, both groups noticed improved skin elasticity, increased collagen production, fewer wrinkles, and overall healthier skin.

How to take it: Aloe vera can be taken as a capsule or in liquid form.  And, yes, it can be added to fruit juices and smoothies.

Fountain of youth?  Here is what science says about red ginseng

In a Korean study, 82 women over 40 participated in a placebo-controlled, double-blind study.  Every day they were given either a placebo or 3 grams of an herbal mixture that included red ginseng extract.

At the end of the study, the researchers found that the women in the red ginseng group experienced a significant reduction in facial wrinkles as well as the improvement of many biochemical markers of wrinkle damage.

How to take it: Red Ginseng extract can be taken as a capsule, liquid extract, powder, and tincture.  It can be added to beverages or smoothies and taken directly by mouth.

Research has shown that middle-aged women can enjoy improved skin by consuming soy every day.

In addition, a 12 week, double-blind study found that a soy-based moisturizer was a safe, effective solution for the prevention of photoaging.  It improves the overall skin texture and tone resulting from photoaging and the aging process.

How to take it: Soy extract is in many foods, but it is also available as a capsule.  It can also be applied topically.  Be sure to consume only non-GMO, organic soy products.

As a result, the women had a substantial improvement in skin color and decreased pigmentation of age spots.  Elasticity and hydration were also improved which combats aging.  Overall, the women all experienced a reduction in wrinkles as well as increased skin moisture.

How to take it: Pine bark extract can be taken orally as a capsule.

Astaxanthin is a carotenoid that comes from microalgae.  Studies have found that it reduces the effects of skin photoaging as well as age-related diseases of the skin.  It has strong anti-inflammatory and antioxidant properties which are believed to contribute to the anti-aging effects.

A review in 2018 found that astaxanthin also prevents UV-induced inflammation pigmentation and wrinkling after being exposed to damaging UV radiation.

How to take it: Astaxanthin can be taken orally or used topically to help reduce the skin’s aging signs.

Ultimately, there are a lot of benefits that come with aging, but ‘older looking’ skin isn’t the most desirable one.  By incorporating these substances into your daily wellness program, you can help keep your skin looking younger and healthier.