ALARMING: Could the PCR testing campaign be a WHO vax program in disguise? 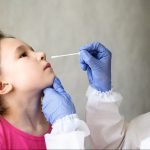 (NaturalHealth365)  COVID-19 tests have been the center of controversy throughout the pandemic, with concerns about false negatives, false positives, and overall inaccuracies that seem to have done more to drive hysteria and stoke fear rather than help people stay well.

Now, one more theory about these PCR tests based on strange research at Johns Hopkins University poses a grim picture about what world elites would be willing to do to mass-vaccinate the planet.

Did Johns Hopkins University really create technology that could allow someone to become “vaxxed” via a PCR COVID swab test?

Theragrippers contain tiny doses of drugs and are administered with a nasal or oral cotton swab, similar to those used for PCR tests.

The devices – made of metal, covered with heat-sensitive kerosene wax, and roughly the size of dust particles – then travel in the body until they attach to the mucous membranes inside a person’s intestinal tract.  Once attached, the devices can slowly deliver drugs into the body.  Johns Hopkins has already published animal research confirming that the tech works.

The concern, of course, is that if it’s possible to administer small doses of drugs into a person’s body via a simple cotton swab, then how easy would it be to do this secretly?

In other words, is it possible that someone could unknowingly ingest an mRNA vaccine simply by getting tested for COVID-19?  Could the massive COVID testing campaign actually be a part of the World Health Organization‘s plan to vaccinate 70% of the globe (for a disease with over a 99% survival rate)?

There lacks solid evidence to substantiate these theories, but it is alarming to know that the technology needed for such a nefarious plan now exists.

So, what exactly IS a PCR test, anyway?

According to the National Human Genome Research Institute, a PCR (polymerase chain reaction) test is “a fast and inexpensive technique used to “amplify” – copy – small segments of DNA.”

The National Human Genome Research Institute also refers to it as “molecular photocopying.”

In addition to detecting the presence of bacteria and viruses, PCR testing is also used in other “laboratory and clinical techniques,” including DNA fingerprinting and diagnosis of genetic disorders.

Interestingly, the package insert (called “SARS-CoV-2 RNA, Qualitative Real-Time RT-PCR”) also clearly states that the PCR test “has not been FDA cleared or approved, but has been authorized by FDA under an Emergency Use Authorization.”

Regardless of the validity of the Johns Hopkins claim regarding vaxxing via PCR testing, these tests – which rely on nasal swabs – are not without their risk of adverse effects.

And remember: PCR tests are STILL only available under Emergency Use Authorization.  So for employers, the U.S. military, and other agencies to demand that their employees or personnel undergo this unapproved testing – and for the White House to send “free” PCR tests to millions of Americans via the mail – is unethical and likely stands on some very shaky legal ground.

(NaturalHealth365)  Is the COVID shot necessary for kids?  We know most people END_OF_DOCUMENT_TOKEN_TO_BE_REPLACED

(NaturalHealth365)  As Big Pharma rolls out one COVID booster after another, a END_OF_DOCUMENT_TOKEN_TO_BE_REPLACED