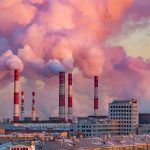 (NaturalHealth365) Could the exploding rates of chronic disease be in part due to the increasing amount of global air pollution? According to a brand-new study printed in Nature Scientific Reports, the answer is a sobering yes.

Printed in February 2021, the new Stanford University-based study underlines the incredible importance of taking steps to reduce pollution and help our children avoid exposure to airborne pollutants from everything from wildfires to car exhaust.

According to the World Health Organization (WHO), roughly 4.2 million annual global deaths can be attributed to outdoor air pollution.  But aside from shortening lifespan, a growing body of literature suggests that air pollution is also robbing people of their healthspan, too (healthspan is defined as the amount of time in one’s life where one is free of chronic disease).

As this new Stanford University study suggests, the effects of air pollution exposure among children could be especially dire.  The researchers collected and analyzed data (medical questionnaires, blood pressure readings, and blood samples) from a cohort of predominantly Hispanic children aged 6-8 from Fresno, California between 2015 and 2016.  Over the course of the year, researchers also monitored air pollution concentrations in the Fresno area.  They found that the children who were exposed to higher levels of pollution appeared more at risk for hypertension, heart disease, immune dysfunction, and other types of chronic disease later in their adult life.

How did they come to this conclusion?

It turns out that airborne pollutants – including fine particulate matter known as PM2.5 which comes from sources like wildfire smoke, car exhaust, and other combustion- or fuel-burning activities – can negatively alter gene expression and DNA molecules in such a way that may lead to long-term health damage, including a build-up of arterial plaque (a major contributor to heart problems).

Air pollution also appears to negatively affect genes that regulate a child’s immune system, the researchers say, “suggesting that even at a young age, the immune and cardiovascular systems are negatively impacted by air pollution.”  Even a very brief exposure to air pollution – as little as one day – was found to be associated with changes in immune cell expression.

Want to do your part?  Here are some simple strategies to help improve the air you breath

An astounding half of the world’s population is now exposed to increasing amounts of air pollution, according to June 2020 research published in npj Climate and Atmospheric Science.  Since an increasingly polluted environment appears to negatively “prime” a child’s body for long-term health consequences, it’s imperative that we take steps to combat this environmental threat.

Of course, large-scale policy and infrastructure changes are likely necessary.  But in the meantime, there are some things you can do on an individual level to combat air pollution and keep your children safer from environmental pollutants, according to sources such as the Environmental Protection Agency (EPA):

(NaturalHealth365)  The food we eat should keep us healthy and strong.  But END_OF_DOCUMENT_TOKEN_TO_BE_REPLACED