Air pollution linked to dementia in YOUNG brains, under 30 years of age 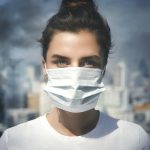 (NaturalHealth365) Giovanni Papini famously said, “Breathing is the greatest pleasure in life.”  But that’s clearly not the case when there’s an abundance of air pollution, and when each subsequent breath can increase the potential risk of lung disease, fertility problems and, even dementia.

Today, air pollution is widely considered a public health emergency.  For example, according to the World Health Organization, more than 90% of the global population lives with toxic and unsafe air, with air pollution accounting for 8.8 million early deaths a year.

If that statistic isn’t bad enough, a report from Greenpeace Southeast Asia and the Center for Research on Energy and Clean Air found that burning gas, coal, and oil causes three times the number of deaths as traffic accidents. Comprehensive analysis now suggests that air pollution may damage “every organ in the body.”

Plus, believe it or not, a recent study published in the Journal of Environmental Research links air pollution particles in young brain’s to dementia and Parkinson’s disease.

Be careful: Chronic exposure to air pollution shown to INCREASE the risk of neurodegenerative diseases

According to the study, which was led by Lilian Calderon-Garciduena at the University of Montana, children and young adults living in Mexico City – a sprawling, urban center with a major air pollution issue – already show growths, plaques, and tangles associated with Alzheimer’s and Parkinson’s disease. Researchers found an alarming amount of nanoparticles in the brainstems of 186 young people, ages 11 month to 27 years – which are believed to have reached the brain after being inhaled into the lungs (first) and deposited into the bloodstream.

More research is needed to determine whether or not these growths, plagues, and tangles cause the neurological diseases later in life.  However, the nanoparticle pollutants were found in the substantia nigra, which is the area of the brain that is crucial to the progression of Parkinson’s disease.

Furthermore, the aberrant proteins were not present in the brains of age-matched people from less polluted areas.

A previous study, published in The Lancet,  found that roughly one in 10 cases of Alzheimer’s in urban areas could be associated with living amid heavy traffic, and while that study stopped short of showing that exposure to exhaust and air pollution causes neurodegeneration, the groundbreaking research in Mexico City illustrates the physical mechanism by which the damage is done.

How to protect yourself from dirty air

Critical action is needed to improve air quality, and politicians and policymakers need to begin to address how to reduce exposure to air pollution.

Improving emission standards for cars, trucks, heavy trucks, and power plants could help. But is it enough?  No, not by a long shot, especially in crowded megacities such as Jakarta, New Deli, Beijing, Los Angeles and Mexico City, where air pollution levels are at a rate the most people find difficult to tolerate.

Still, there are several significant ways to reduce your exposure to dirty air. Consider taking the following steps:

(NaturalHealth365)  Since the late 1980s, the number of petitions filed with the END_OF_DOCUMENT_TOKEN_TO_BE_REPLACED

(NaturalHealth365)  One of the big talking points of mainstream media, MD influencers, END_OF_DOCUMENT_TOKEN_TO_BE_REPLACED

(NaturalHealth365)  Are we surprised at this point?  Breaking news from the U.S. END_OF_DOCUMENT_TOKEN_TO_BE_REPLACED