Alpha lipoic acid shown to slow down the aging process 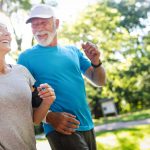 (NaturalHealth365) It’s known to play a crucial role in a number of biological functions, from stress resistance and muscle performance to cardiac function and hormonal balance. But research published by Oregon State University biochemists suggests that lipoic acid (LA), also called alpha lipoic acid (ALA), may play a broader role in slowing down the aging process with a wide range of health benefits.

Studies have shown that lipoic acid may safeguard your body against a number of debilitating health concerns, many of them linked to the aging process, including vision-impairing cataracts and neurodegenerative disorders, such as dementia.

Scientific research suggests that supplementing the diet with lipoic acid will increase the protective effects of antioxidants in the body. As an antioxidant, lipoic acid works by blocking the action of free radicals, which are activated oxygen molecules that can cause damage to cells, leading to cellular damage and degenerative disease.

Lipoic acid is naturally available in dietary form at higher levels in certain foods, such as organ meats like kidneys and liver, as well as leafy vegetables, such as spinach and broccoli. By the way, it’s often referred to as ALA when the reference is to the naturally occurring compound that is synthesized by living things – including plants, animals and humans.

Something you should know about ALA supplements

Because the amount of lipoic acid found in dietary sources is extremely low, many supplement manufacturers produce a chemically-synthesized version of lipoic acid. This is important – supplemental lipoic acid can be found in two forms, R-ALA and S-ALA. Because the R-ALA form is the same form that occurs naturally in foods, it is more readily available to the body and therefore, preferred over the synthetic S-ALA form.

Most supplements contain a 50/50 mixture of the two forms, although some supplements are available that contain only the R-ALA form.

Can ALA actually help to reset our biological clock?

The short answer is yes!  There is now evidence that ALA may actually reset or synchronize our circadian rhythms – affecting the biological clock of living things.

Circadian rhythms are also sometimes referred to as the day-night cycles and are closely tied to the important ebb and flow of major biological processes.  Scientists have determined that these cycles play a greater role in optimal health and longevity than was first understood.

For example, about one-third of all genes are impacted in some way by circadian rhythms. Allowed to fall out of balance, these genes become more susceptible to deadly ills, such as cancer and cardiovascular disease – along with other complications, such as inflammation and hormonal disorders.

How does ALA slow down the aging process?

Recently published research, out of Oregon, highlights the connection between circadian rhythms and the aging process – noting that certain enzymes become less effective as the circadian rhythms break down with age. The researchers conclude that if ALA can help synchronize and restore natural circadian rhythm, it could have a significant impact on combating the negative health effects of aging.

The latest research at Oregon State University focused on the circadian rhythm of the liver. The liver was the focus of the study because the lipid metabolism it performs is crucial to normal energy needs and metabolism. If allowed to become dysfunctional, it can cause a set of conditions known collectively as “metabolic syndrome.”

The Oregon State research was supported by the National Institutes of Health, through the National Center for Complementary and Alternative Medicine. And, the findings were published in the professional journal Biochemical and Biophysical Research Communications.

The main point of this article is to highlight the significance of getting the “right” nutrition into the body – especially as we age.  Feed your body good nutrition and your future health will thank you for it.

(NaturalHealth365)  Can a root canal procedure increase the risk of disease?  The END_OF_DOCUMENT_TOKEN_TO_BE_REPLACED

(NaturalHealth365)  Within the past few years, scientists at the forefront of cancer END_OF_DOCUMENT_TOKEN_TO_BE_REPLACED

(NaturalHealth365)  Let’s be blunt: many people don’t feel well because of low END_OF_DOCUMENT_TOKEN_TO_BE_REPLACED