Protect yourself from antibiotic resistance by using natural antibiotics 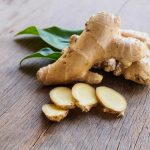 (NaturalHealth365) Most of us are aware that antibiotics are powerful drugs that fight bacteria-related infections with harmful side effects.  Unfortunately, in today’s society of pill taking, we use too many antibiotics with the increasing danger of antibiotic resistance.  The problem is further compounded with antibiotics found in factory foods like dairy and meat products.

According to the CDDEP (The Center of Disease Dynamics, Economics, & Policy), the United States is one of the highest users of antibiotics – ranking fifth in the world.

Heavy prescription abuse and unintentional ingestion of antibiotic-based foods are the primary cause of resistance to antibiotics.  Unfortunately, this is emerging as one of the most serious public health problems of our time.  Although antibiotics can eliminate infectious conditions, their continuous use builds resistance to the antibiotic drug.

The harmful bacteria in the body get accustomed to the therapeutic levels of antibiotic drugs and stop responding to the drug.  In other words, an antibiotic drug, even at its highest potency, cannot stop bacterial growth and becomes incapable of treating an underlying infection.

In fact, researchers suggest that almost every kind of bacterium has adapted itself to show resistance to antibiotic drug treatment.

What are the potential dangers of antibiotic resistance?

Makes infections spread faster:  Antibiotic-resistant bacteria can spread like wildfire to others in the family or neighborhood, threatening an entire community with a new strain of infection.

Complicates treatment:  Because the strain is more virulent, the patient does not respond to heavy doses of drugs.  As a result, the treatment becomes more difficult and expensive.

Death due to infection:  The underlying infection remains untreated, posing a severe threat to other organs and, in some cases, leads to death.

What actions can we take to avoid antibiotic resistance?

1. Avoid the spread of infection in the first place by washing your hands thoroughly.

3. Choose natural antibiotics like garlic, and other herbs that have bactericidal properties.

What are natural antibiotics?

Nature has an effective yet safe answer to bacterial infections through various phytochemicals from different plant parts.  These have been used for many centuries in traditional medicine systems to treat a variety of conditions.

Natural antibiotics act in a unique mechanism – in addition to their bactericidal action.  They stimulate the immune system, exhibit anti-inflammatory and anti-septic properties that inhibit the growth of bacteria, and scavenge them.

What are some of my options?

Vitamin C:  This water-soluble vitamin is a potent antioxidant.  Abundant in all fresh fruits, especially the citrus variety, vitamin C can be consumed liberally in the diet in its natural state.

If considering a vitamin C supplement, the recommended amount is 1-3 grams per day for healthy individuals.  But, if you’re suffering from a troubling health issue – much more vitamin C may be required for a short period of time.

Oregano oil:  The oil of oregano leaves is a powerful anti-infective agent and natural antibiotic.  It has been shown to be effective against harmful bacteria, yeast, and viruses.

Most of the oregano oils in the market are usually a blend of other oils.  The common recommendation is 2 – 3 drops 3 – 4 times daily.  If consuming capsules, an amount of 100 – 150 mg per capsule per day is recommended.

Ginger:  The active components in ginger gingerols, zingerone, and shogaol are linked to its anti-bacterial effects.  It is also a potent anti-inflammatory agent and is used in the Ayurvedic system of medicine as a pain reliever.  Thus, ginger is a fantastic therapeutic food that can be included in the daily diet as part of a menu.  As little as 2 – 3” of ginger added to a shredded, crushed, or cooked dish will take care of daily needs.

Turmeric:  This is a culinary staple in Indian cuisine and can be consumed safely at 1 to 2 teaspoons per day added to a recipe.  Turmeric is known for its remarkable bactericidal, anti-inflammatory, anti-infective, and anti-carcinogenic effects.  If considering a supplement, 500 grams consumed in a fat-soluble base facilitates its absorption.

Garlic:  There are plenty of studies that demonstrate the powerful antibacterial effect of garlic.  One study showed that natural spices of garlic exhibited a potent antibacterial effect.  According to the researchers of this study, garlic showed an effect on multi-drug pathogens and can be used for treating drug-resistant microbial diseases.

Garlic needs to be crushed, exposed to air for a few minutes, and consumed raw for effective antibiotic effects.  If using a supplement, consume garlic extract with at least 1.3% alliin at 600 – 1,200 mg per day.

What’s the bottom line?  With antibiotic resistance on the rise at an alarming rate, it seems wise to turn to natural and healthier alternatives to fight bacterial infections.  It is also important to remember that we need to consume organic, natural, and antibiotic-free products for improving overall health and make a conscious effort to avoid unnecessary ingestion of antibiotics – which can damage our digestive system and immune function.

(NaturalHealth365)  One of the big talking points of mainstream media, MD influencers, END_OF_DOCUMENT_TOKEN_TO_BE_REPLACED

(NaturalHealth365)  Are we surprised at this point?  Breaking news from the U.S. END_OF_DOCUMENT_TOKEN_TO_BE_REPLACED

(NaturalHealth365)  Statin use is at an all-time high in the United States, END_OF_DOCUMENT_TOKEN_TO_BE_REPLACED