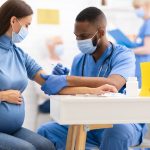 (NaturalHealth365) It’s been almost eighteen months since the government has suspended our lives, freedoms, and rights under the pretense of slowing the spread of COVID-19.  Millions of Americans have willingly given up their God-given rights to breathe fresh air, gather with friends and family, practice religion, travel, and even more.  The rights to bodily autonomy and informed consent have seemingly become a thing of the distant past as millions roll up their sleeves to take an experimental COVID shot – because they are told to do so.

But as days go by, more and more people are waking up and realizing  that something is terribly wrong.  Simply put, so many people are questioning the official government narrative thanks to courageous scientists, doctors, nurses, and government whistleblowers who find the strength to step forward and expose the truth hidden from the masses.

For example, Dr. Vladimir Zelenko, who has been at the forefront of the battle against COVID and has personally treated hundreds of patients with incredible success, shared an important message about the COVID shot that you will not want to miss.

Despite countless lives saved worldwide with the “Zelenko protocol,” CDC colludes with Big Tech to keep it from getting out

If you are not familiar with Dr. Zelenko, you should know a few things about him.  In the summer of 2020, Dr. Vladimir Zelenko – a board-certified New York physician – made headlines with his overwhelming success in treating COVID-19 patients with a protocol that included hydroxychloroquine.

His success rates were beyond impressive, 100 percent for low-risk and 99.3 percent for high-risk patients.  Although “the Zelenko Protocol” included inexpensive, safe, and efficacious medications, the U.S. Centers for Disease Control and Prevention (CDC), Big Tech, and Big Media conspired to suppress this information from getting out.

Forcing people to take these “poison death shots” is genocide

In his recent testimony before the Israeli Rabbinical court, Dr. Zelenko refers to the COVID shot as a “poison death shot” and goes into explaining why he feels that the jabs do far more harm than good.  Dr. Zelenko makes it very clear that, in his opinion, the COVID-19 injections are neither safe nor effective nor necessary and that, in fact, forcing anyone to take the experimental injections equals genocide.

Watch Dr. Zelenko’s testimony and be prepared to be blown away by the brutal truth he shares.

“Trusting the science” could be a fatal mistake, especially when the science is flawed

If you are still on the fence about whether to roll up your sleeves and take the jab, you should listen to what Dr. Zelenko has to say about the importance of evaluating this experimental injection.  Asking the following questions is absolutely critical before getting the jab.

Do you know whether the substance injected into your bloodstream is safe?  Have you seen compelling evidence that it works?  And finally, do you even need it?

If you cannot answer all three of these questions with yes, you might want to think twice about partaking in this medical experiment.  It is not enough to “believe” that the product is safe and effective because the CDC says so.  Instead, it is critical to assess jab safety on three levels: acute (short-term), mid-term, and long-term.

The mRNA injection turns your body into a spike-producing factory, causes blood clots, myocarditis and infertility

Data shows that the number one cause of death in the short term is blood clots, which occurs within 3 to 4 days after receiving the jab in 40 percent of the cases.  Dr. Zelenko explains: that once jabbed, “the body becomes a spike-producing factory, making trillions of spikes which migrate to the endothelium – the inner lining of your blood vessels.”  As blood cells flow through the blood vessels, the tiny “thorn-like” spikes damage them and cause blood clots.  If these clots occur in the heart, you end up with a heart attack; if they happen in the brain, you get a stroke.

But blood clots are not the only side effects.  Reports of myocarditis, specifically among young adults, and miscarriages among pregnant women are also alarming complications that reportedly occurred within only a few days after receiving the jab.

Pfizer CEO says “Israel is the biggest laboratory in the world”

Safety concerns are even more significant in the mid-term.  In animal studies, antibody-dependent enhancement, also known as pathogenic priming, killed the majority of study animals when they were challenged with the virus they were immunized against.

Dr. Zelenko points out that although the possibility of a similar immune reaction in humans has not been confirmed yet, it has not been ruled out either.

Think about it: Big pharma is more than willing to have millions injected with their experimental products, which in animal studies yielded horrible outcomes for a large portion of the study animals.

Ask yourself the question: Why would they inject people with a potentially lethal substance without ruling it out first?

If the above concerns are not terrifying enough, consider the possible long-term consequences of taking the jab, which may include damage to ovary function in women, reduced sperm count in men, autoimmune diseases, and an increased risk of cancer.

What’s the bottom line?  Over the decades, we have been conditioned to trust the science and assume that claims made by pharma companies and health authorities – including the CDC – are based on facts.  We are led to believe that the government has our best interests at heart.

But according to Dr. Zelenko, governments around the world are using the COVID shot to commit the ultimate crime against humanity by permitting human experimentation on their own people.

We urge you to watch this video and share it far and wide.  But, after watching it, it’s up to each and every one of us to decide how we are going to live from this day forward!

(NaturalHealth365)  Is the COVID shot necessary for kids?  We know most people END_OF_DOCUMENT_TOKEN_TO_BE_REPLACED

(NaturalHealth365)  As Big Pharma rolls out one COVID booster after another, a END_OF_DOCUMENT_TOKEN_TO_BE_REPLACED