Protect your health: Discover the best antioxidant for the human body 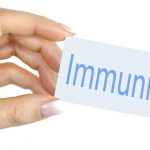 (NaturalHealth365) As the world reels from the effects of the COVID-19 pandemic – and people engage in “social distancing” in an attempt to mitigate it – the importance of having a strong immune system has never been more important.  Unfortunately, the mainstream media refuses to talk about how a mighty antioxidant can help improve immune function!

For senior citizens – who experts say are at heightened risk from the novel coronavirus – the matter is particularly urgent.  Scientists have learned that a natural antioxidant produced in the body – glutathione – is strongly linked with disease prevention and longevity.

For example, the latest scientific research highlights the potential of using glutathione as an effective tool in the fight against viral conditions – leading some to hope that it could play a significant role in avoiding the threat of COVOD-19.

While glutathione is not a “magic bullet” against any single condition or disease – including COVID-19 – there’s no denying that optimal levels can help maintain health and protect against illnesses, while shortfalls can set you up for dangerous outcomes.  For a variety of natural strategies to help you ramp up your glutathione levels … keep reading!

First off, let’s understand why glutathione is so indispensable.

First and foremost, glutathione’s free radical-scavenging powers are so potent that it has earned the nicknames “the mother of all antioxidants” and “the body’s master antioxidant.”  These antioxidant properties allow glutathione to protect cell mitochondria and body tissues from the damaging, inflammatory and disease-causing effects of oxidative stress.

In addition, glutathione contains sulfur – which gives it a “sticky” quality. This adhesiveness allows glutathione to attract and bind to an array of toxins – including carcinogens, heavy metals, synthetic chemicals, pesticides, herbicides and even EMF radiation.

Once the toxins have attached, they are escorted harmlessly from the body in urine and bile – a process known as “Phase II detoxification.”

Glutathione is such a powerful detoxifier that the current gold standard of medical treatment for acetaminophen overdose – now the leading cause of liver failure in the United States – is to give megadoses of n-acetyl-cysteine, which triggers a protective, detoxifying burst of glutathione production.

Other glutathione tasks include helping to synthesize proteins, assisting in the transport of amino acids into and out of cells, acting as a co-factor in important enzymatic reactions and enhancing the function of disease-fighting cells such as leukotrienes, T-cells and macrophages.

Finally, some research supports glutathione’s antiviral properties. In one especially relevant study, scientists found that raising glutathione levels through supplementation could cause a significant decrease in production of the dengue fever virus.

Antioxidant WARNING: If you want to avoid poor health conditions

Every time glutathione performs an essential function in the body, its levels “take a hit” – meaning that constant renewal and replenishment is required.

The consequences of low glutathione can be grave.

In a study published in the well-regarded medical journal Clinica Chimica Acta, the team found that glutathione is critical in protecting against toxicity and disease – and that depletion of the antioxidant is linked to heart disease, cancer and neurodegenerative conditions such as Alzheimer’s disease.

Because glutathione regulates homocysteine – an amino acid which in high levels is linked with heart disease – it plays a vital role in cardiovascular health.

In fact, people with low glutathione are 30 percent more likely to have a heart attack than those with higher levels.  While low glutathione carries dangerous consequences, higher glutathione is linked with longevity!

And, there is one glutathione depleting factor that none of us can prevent – normal aging.

Fortunately, there are many things you can do to boost your levels.

Experts report that you can spur your body’s glutathione production by eating foods that contain the glutathione “building blocks” cysteine, glutamate and glycine.  Of course, it never hurts to consume healthy amounts of foods that are naturally rich in glutathione – such as asparagus, avocado, cantaloupes, tomatoes and oranges.

But because glutathione breaks down in the digestive tract, it is actually more productive to eat foods that encourage its assembly such as, sulfur-rich broccoli, Brussels sprouts, kale, garlic and onions. (organic is best, of course!)

The answer is a definitive “yes!”  Supplements and natural nutrients can be effective allies in your quest for higher glutathione levels.

For example, vitamin C assists in the production of glutathione – while glutathione returns the favor by recycling vitamin C.  In other words, each raises the level of the other.

Vitamin D3 and MSM (methylsulfonylmethane) promote the manufacture and function of glutathione, while B-complex vitamins such as vitamins B1,B2, B6 and B12 – are outright requirements for its production.

The minerals selenium and magnesium can also support better glutathione levels.  Plus, studies have shown that alpha lipoic acid, green tea, fish oil and resveratrol actually switch on the “genes” for glutathione production.

Finally, silymarin – the active constituent of milk thistle – preserves glutathione in the liver.

What is the best form of supplementation?

While some experts feel that glutathione is broken down in the digestive tract and is not effective when taken as a supplement, others recommend newer formulations that are believed to be more bioavailable.

If you would like to try glutathione supplementation, your best bets are probably glutathione intraoral sprays – which are absorbed through mucous membranes in the mouth – and liposomal glutathione, which protects against breakdown in the digestive tract.

Integrative healthcare providers typically recommend 250 mg to 500 mg once or twice a day between meals. Of course, check first with your own doctor before supplementing.

Glutathione is truly one of the body’s most effective weapons against disease. It’s well worth the effort to safeguard your levels of this hard-working antioxidant.

(NaturalHealth365) Move over turmeric lattes, a study at Penn State has revealed END_OF_DOCUMENT_TOKEN_TO_BE_REPLACED

(NaturalHealth365) Spearmint, also known as garden mint, is a type of mint END_OF_DOCUMENT_TOKEN_TO_BE_REPLACED

Can elderberry prevent the binding of viruses?

(NaturalHealth365) Elderberry (Sambucus), which is part of the honeysuckle family, has long END_OF_DOCUMENT_TOKEN_TO_BE_REPLACED