Sleep better and reduce stress with THIS Ayurvedic herb 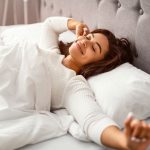 (NaturalHealth365)  Given the relentless pace and pressures of modern life, it’s not surprising that conditions such as anxiety and insomnia are at near epidemic levels.  In fact, the U.S. Centers for Disease Control and Prevention (CDC) notes that between 50 and 70 million American adults currently suffer from sleep disorders.

In addition to causing impaired concentration and daytime fatigue, sleep disorders exact a grim toll in increased automobile and industrial accidents, as well as raising your risk for dangerous conditions such as high blood pressure, obesity, diabetes, depression, and cancer.

Ashwagandha improves sleep and fights stress, according to studies

Integrative healthcare providers and Ayurvedic healers have long known the calming effects of the root of the ashwagandha shrub – a member of the nightshade family also referred to as winter cherry and Indian ginseng.  Ashwagandha is revered in Ayurveda as a “rasayana,” or a “royal herb” – that can boost the immune system, help the body adapt to stress, and prolong life.

For centuries, ashwagandha has been suggested not only to treat infectious diseases, fevers, and inflammatory conditions but also to elevate mood, fight panic attacks, reduce anxiety and depression and alleviate insomnia.  In fact, a clue to the calming effect of ashwagandha can be found in the second part of its scientific name, Withania somnifera; the word arises from the Latin word “somnus,” or sleep.

Of course, Western medicine has been slow to acknowledge the therapeutic potential of ashwagandha – with, quite frankly, many doctors unaware of the herb’s effects.  But recent scientific studies have caused medical researchers to join natural healers in recognizing the healing power of ashwagandha.

Animal and human studies have demonstrated that ashwagandha has anti-inflammatory, antioxidant, adaptogenic, antipyretic, and antimicrobial (germ-fighting) benefits as well as anti-anxiety and mood-elevating capabilities.

How does ashwagandha relax the body and mind?

According to medical researchers, ashwagandha owes its relaxant properties to a group of alkaloids called withanolides.  Other constituents – including other alkaloids called sitoindosides, along with saponins and assorted minerals – may also play a role in producing a state of relaxation.

Ashwagandha works as a calming agent on the central nervous system, causing sensations of tranquility and relaxation – making sleep easier to achieve.

What does scientific research tell us?

In one well-designed clinical study published in 2009 in the peer-reviewed journal PLoS One, 300 milligrams of ashwagandha root were given – twice daily – to subjects who had been diagnosed with moderate to severe anxiety; a control group received standard psychotherapy aimed at reducing anxiety.

Evidence about the properties of ashwagandha came when results were compared – using the Beck Anxiety Inventory as a diagnostic tool – researchers found that the group treated with ashwagandha received a much greater clinical benefit with anxiety reduction of up to 50 percent more than the group that had received psychotherapy.

In a recent study published in the Indian Journal of Psychological Medicine, 64 subjects with a history of chronic stress took either placebo or 300 milligrams of ashwagandha extract – once a day.  After 60 days, the ashwagandha subjects reported up to 44 percent lower scores on the ‘Perceived Stress Scale’ compared to the placebo group.

They also had substantial reductions in serum levels of cortisol, a stress hormone.  The team concluded that ashwagandha is a safe and well-tolerated treatment for reducing stress and improving quality of life.

Ashwagandha proven to be just as good as anti-anxiety drugs

In a 2000 study published in Phytomedicine, the calming effect of ashwagandha on animals was equal to that produced by the prescription anti-anxiety medicine lorazepam – sold under the trade name Ativan.  The team concluded that the use of ashwagandha was supported for the treatment of clinical anxiety and depression.

In contrast to Ativan — which can cause side effects such as nightmares, headaches, and depression, plus it can be physically addictive – ashwagandha features no reported adverse effects in studies.

What is the best way to take ashwagandha?

Powdered ashwagandha root is available at health food stores and online – the serving size for most studies has been 300 milligrams per day.  Many natural health experts suggest making a tea by boiling about 1 teaspoon of the powdered root for 15 minutes; drink up to 3 cups a day.  You can also take ½ – ¾ of a teaspoon of ashwagandha tincture daily; some people may do well with more.

Naturally, you should consult a trusted medical health professional before using ashwagandha to help improve anxiety or insomnia.  There are no serious adverse effects reported with ashwagandha, but – as with any substance – allergic reactions are possible.  So, don’t use ashwagandha if you are allergic to potatoes, tomatoes, peppers, or other members of the nightshade family.

For sleeplessness stemming from anxiety and depression, ashwagandha may well be the remedy of the future, bringing gentle, natural, drug-free relaxation without negative side effects.

(NaturalHealth365)  Organic produce sales are booming around the world.  Of course, by END_OF_DOCUMENT_TOKEN_TO_BE_REPLACED

(NaturalHealth365)  Acupuncture is a centuries-old remedy that was first used in China.  END_OF_DOCUMENT_TOKEN_TO_BE_REPLACED