5 health benefits of cinnamon oil, including its germ-killing effects 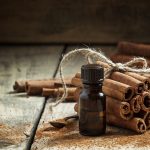 (NaturalHealth365) Antibiotic resistance, in which pathogens develop immunity to pharmaceutical medications, has been characterized as an emerging global public health crisis by the World Health Organization. As researchers race to find natural solutions – and effective alternatives to antibiotics – cinnamon oil is emerging as a promising candidate.  In fact, multiple preclinical trials have shown that this potent oil can destroy a surprising range of dangerous microbes -including drug-resistant bacteria.

Clearly, cinnamon is much more than a sweet and flavorful kitchen spice. It is, in fact, a natural disease-fighter that is at home in remedies as it is in recipes. Let’s take a peek at the multiple health benefits of cinnamon oil, a concentrated extract derived from the cinnamon plant.

For over 2,000 years, herbalists and other natural healers have advised cinnamon to treat coughs, colds, influenza, joint pain and digestive problems. And, essential oil of cinnamon has long been treasured by aromatherapists for its ability to boost the immune system, lift mood and relieve pain.

There are two primary types of cinnamon available for culinary and herbal uses: Cassia cinnamon and Ceylon cinnamon (C. zeylanicum, sometimes known as “true” cinnamon). Both are beneficial, but Ceylon cinnamon is believed to be more potent.

Essential oil of cinnamon may be used with an aromatherapy diffuser or vaporizer. Alternately, it can be applied to the skin – but only after being diluted with a carrier oil such as almond oil, olive oil, avocado oil or jojoba.

Aromatherapists often advise essential oil of cinnamon to relieve headaches, and scientific research supports the ability of cinnamaldehyde – a major cinnamon constituent – to do just that. Cinnamaldehyde is believed to reduce headache pain by stimulating circulation.

In addition, a study published in Vascular Health Risk Management showed that cinnamaldehyde worked to relax and widen blood vessels.

In addition to cinnamaldehyde, cinnamon oil is rich in eugenol, a natural analgesic that can help ease pain and stiffness. In a controlled clinical study of teenage girls published in Evidence Based Complementary and Alternative Medicine, a mixture of cinnamon essential oil and other oils, massaged over the abdomen, outperformed acetaminophen in relieving menstrual pain.

For maximum effect, cinnamon oil can be combined with other essential oils, such as clove bud, rosemary, cedarwood and thyme.

Clear up troubled skin and diminish acne with cinnamon oil

Cinnamon oil has been shown to arrest the production of protein biomarkers that trigger skin inflammation. This accounts for the ability of cinnamon oil – applied to the skin with a carrier oil – to diminish redness, soothe skin irritation and alleviate rashes.

Natural beauty tip: you can also use cinnamon oil to achieve the full, “pouty” look that is currently in fashion (and that some achieve by way of injections). Simply mix a few drops of cinnamon oil with a tablespoon of coconut oil and smooth over the lips for a temporary – but pronounced! – “plumping” effect.

Cinnemaldehyde, which is responsible for the appealing scent of cinnamon, appears to have both comforting and stimulating effects. Aromatherapists advise essential oil of cinnamon to relieve anxiety and depression, improve cognitive function, promote attention and concentration and enhance memory.

Note: Cinnamon oil can be derived from both the bark and the leaves of the plant. Some experts advise opting for cinnamon leaf oil over cinnamon bark oil, as the latter is highly concentrated and could even be an irritant.

Yet another of the many benefits of cinnamon oil is to promote healthy digestion. When massaged over the abdomen, cinnamon oil is believed to have a tonic effect on the gastrointestinal tract, easing bloating, cramps and flatulence.

In an extensive review published in Nutrients, the authors explored the use of Ceylon cinnamon as an alternative antimicrobial strategy.  The review showcased cinnamon’s effects against a wide range of pathogens responsible for human infectious diseases.

The researchers concluded that cinnamon was antibacterial against both Gram-positive and Gram-negative bacteria, with high antibacterial action against a wide range of microbial culprits, including salmonella, Streptococcus mutans -a cavity-promoting bacteria -and bacteria that cause pneumonia and respiratory tract infections.

The authors also cited a study saying that cinnamon oil discouraged the formation of biofilms by E. coli bacteria. Biofilms, layered communities of bacteria, are notoriously resistant to treatment.

Remarkably, cinnamon oil’s constituents were even found to be active against methicillin-resistant staphylococcus aureus, or MRSA.

Finally, cinnamon oil had a synergistic effect with antibiotics, meaning that it enhanced their actions.

The impressed researchers deemed cinnamon extracts a “valuable support in the treatment of infection.” They concluded by expressing the hope that cinnamon could contribute to the development of potential antimicrobial agents against drug-resistant bacteria.

Remember: While cinnamon used in the amounts found in food is considered generally safe, essential oil of cinnamon is a much more concentrated and potent formulation. As always, check with your integrative doctor before use.

From promoting healthy digestion to easing pain to serving as a natural disinfectant, essential oil of cinnamon offers a wealth of benefits. Maybe it’s time to explore the health dividends of this versatile oil.

(NaturalHealth365)  Horsetail – a tall, shaggy weed that grows in wetlands and END_OF_DOCUMENT_TOKEN_TO_BE_REPLACED