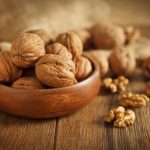 (NaturalHealth365) If you’re nuts about walnuts, you could be doing your health a huge favor. Several research studies have revealed that the benefits of walnuts include the ability to inhibit cancer development and even initiate the death of cancer cells.

The secret to the cancer-killing properties of walnuts is that they contain several rare and potent phytonutrients that are found in very few other foods. These unique compounds, which are all known for their strong cancer-inhibiting properties, include the tannin tellimagrandin, the quinone juglone, and the flavonol morin4.

Scientific research reveals the power of walnuts to heal the body

Several published studies have identified the unique cancer-fighting qualities of eating nuts.  For example, researchers at UC Davis and other institutions have uncovered that diets rich in whole walnuts, or even walnut oil, have the ability to slow prostate cancer growth in animals.

In other studies, researchers determined that two handfuls of walnuts each day could cut in half the risk of breast cancer and tumor growth. It is believed that eating nuts can shrink levels of the hormone IGF-1, known to play a key role in development of both prostate and breast cancer.

Researchers have also found that both nuts and nut oils can reduce cholesterol and increased insulin sensitivity, making them valuable in the fight against heart disease and diabetes. For example, one study found that overweight adults with type 2 diabetes who consumed just one-quarter cup of nuts daily reduced their fasting insulin levels in just a few month’s time compared to those on non-walnut diets.

Find out how to avoid ‘calorie overload’

While black walnuts are native to America, it is the English walnut that has found the most favor in the United States.  Thanks to their omega-3 fat content, walnuts are often the subjects of cancer-preventive studies.

But, a word of caution about eating walnuts: Don’t overdo it.  For example, just 2.6 ounces of walnuts is about 482 calories, which may – in some people – contribute to an excess of stored fat.  Calories aren’t everything … but, generally speaking, optimal health is directly associated with a relatively low calorie diet.

So, the next time you crave those chips, fries or cookies – think about replacing that urge with a handful of walnuts. Your body will thank you for the decision.