3 reasons the COVID math does not add up 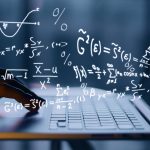 (NaturalHealth365)  From the beginning, the media has been pushing the COVID-19 pandemic to make us believe that the invisible virus was so out of control that we would all suffer greatly from its wrath.  How true were the doomsday statements being made?  How much of what was reported was factual information, and how much of it was hype to make us believe the situation was much more serious than it actually was?

The fact is, as of right now, doctors and other healthcare professionals are coming forward claiming the math concerning the pandemic just does not add up.  New studies prove that the rhetoric around the jabs has been significantly overstated.  The numbers are not as profound as the mainstream media outlets, and government puppets have made them out to be.

Obviously, by “mistakenly” reporting the SARS-CoV-2 cases, healthcare providers (and government “health” agencies) can push the jabs by negatively influencing the public into believing that the jabs are needed.  It should be noted that statistical manipulation is almost routine in modern medicine to push an agenda or raise funds for non-profits in cancer or brain research.

Simply put, there is so much dishonesty and, the public is rarely told anything of value to truly protect health.

IMPORTANT Point: Health “experts” downplay survivability of COVID-19 across the population to push the fear narrative

Another disturbing trend is the inaccuracy of the reported survival rates.  Studies continue to prove that both children and adults over the age of 70 have a survival rate of over 99% across the board.

While public health officials who were feeding into the pandemic agenda were declaring low survival rates in some age groups, the fact remains that the most damage caused by these inaccuracies had to do with the closing of recreational facilities, schools, and other public places where people socialize.

The negative impact this had on society and children, in general, was more devastating than most people realized.

Scientists are currently releasing reports that state the COVID-19 jabs are now being linked to an increase in the reported cases of myocarditis in young males.  Myocarditis is extremely rare, but the number of cases reported after a patient has received the jab is alarming.

Myocarditis is an inflammation of the heart muscle.  Other side effects associated with the COVID-19 jabs include appendicitis, swollen lymph nodes, and shingles.  In addition, blood clots and other cardiovascular issues that are often unrelated to respiratory illnesses, but now, with the introduction of the COVID jab, are starting to become linked.

While it’s up to you to determine what information you consider truthful, it’s important to do the math.

The fact is that the numbers provided by the mainstream media and federal health agencies do not correspond with what the current scientific studies prove with each new research project.  Do the math, and you will be surprised at what you find out.

Don’t follow the numbers blindly.  Do your research and connect the dots, so you get an accurate answer.

(NaturalHealth365)  If you avoided the jab – or at this point, the END_OF_DOCUMENT_TOKEN_TO_BE_REPLACED

(NaturalHealth365)  Has the world moved one step closer to the “Great Reset?” END_OF_DOCUMENT_TOKEN_TO_BE_REPLACED