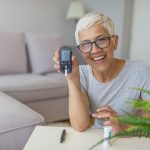 (NaturalHealth365) We know there are many foods, herbs and spices designed to help balance blood sugar and prevent diabetes.  Yet, to this day, Western medicine continues to ignore this reality and promotes the use of life-threatening conventional drug “therapies” that cause many health problems like, skin infections and kidney failure!

Simply put, Western medicine really needs to catch up to the good science that’s available today.  There are studies which show that a natural plant alkaloid – berberine – is as effect as the diabetic drug metformin.  Berberine is an alkaloid, which is present in a number of plants, including barberry,oregon grape and goldenseal.

Metformin is often prescribed by conventionally-trained doctors if your blood glucose level is not controlled by lifestyle measures alone.  In fact, most physicians think metformin is particularly useful if you are overweight – as it is less likely than some other glucose-lowering tablets to cause weight gain.

A sulfonylurea tends to be used if you cannot take metformin (perhaps because of side-effects), or if you are not overweight.  These include gliclazide, glimepiride and glipizide. And, these drugs work by increasing the amount of insulin that your pancreas can produce.

A noticeable effect of extra serum insulin results in a constant hunger state, which results in overeating leading to more body fat.  Fat causes greater amounts of insulin to be secreted from the pancreases – which causes hyperinsulinemia.

The toxic role of excess insulin is noted in virtually every age-related disease. This has been corroborated by numerous studies. One known effect is weight gain, which leads to becoming insulin resistant and to rely on a greater quantity of insulin augmenting drugs.

Simply put, aging, poor diet plus other factors deprive cells of insulin sensitivity.  Loss of insulin sensitivity contributes to excess insulin release as the body seeks to force serum glucose into cells. By the way, just as a side note, type 1 diabetics ought to be just as careful about diet and lifestyle choices.

Studies show that berberine can lower glucose levels as well as metaformin.  Compared with metformin, berberine exhibited an identical effect in the regulation of glucose metabolism in both fasting insulin and postprandial insulin.

In the regulation of lipid metabolism it has been found that berberine activity is better than metformin. It was shown to lower triglycerides and total cholesterol significantly.

What is the history of berberine?

Berberine has been used for more than 2,500 years in both Aryuvedic and Chinese medicine, because of its wide range of healthful effects including cardiovascular, anti-inflammatory, and antimicrobial. It acts against bacterial diarrhea, intestinal parasites, fungal infections and Candida albicans.

Surprisingly, berberine has demonstrated an anti-obesity effect in numerous studies.  In fact, berberine reduces the size and number of fat cells within the body.

In a randomized, placebo-controlled trial, patients recently diagnosed with diabetes and cholesterol/triglyceride abnormalities but hadn’t yet started on medication took either 500 mg of berberine or a placebo capsule twice a day.

Why is berberine so effective?

The research indicates, in animal models, that berberine acts in part by activating an enzyme in the muscle and liver that is involved in improving sensitivity of the tissue to insulin. This in turn helps lower blood sugar levels.

Weight loss alone can reverse both prediabetes and even type-2 diabetes. Published in the journal Phytomedicine, a recent study from South Dakota researchers found that berberine helped people lose weight – safely and effectively.

Naturally, there are many ways to regulate (normalize) blood sugar in type-2 diabetics – including an organic diet of whole (fresh) foods; moderate exercise; nutritional supplementation – especially magnesium and vitamin C plus the use of herbs and spices.

Bottom line: Don’t ever ignore the health dangers associated with blood sugar imbalances … your quality of life depends on it.